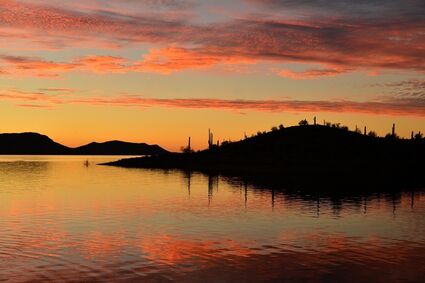 The Wildlife for Tomorrow Foundation will honor the 2022 class of inductees into the Arizona Outdoor Hall of Fame at the annual Hall of Fame banquet on Saturday, Aug. 20. The event will be held at the Hilton Resort at the Peak, 7677 N. 16th Street in Phoenix.

Dr. Tom Boggess III, of Camp Verde, is a retired veterinarian and long-time outdoorsman who has been involved with wildlife organizations for more than five decades. He was heavily involved in fundraising for wildlife projects, participated in and provided veterinary care on many sheep and pronghorn captures, and mentored countless young sportsmen.

Cinda Howard, of Eagar, is a well-known Arizona fly-fishing guide who has been featured in numerous fly-fishing books and articles and has held leadership positions with several angling organizations. She has worked with AZGFD on "Introduction to Fly Fishing" videos, led trips throughout the West, and spent considerable time teaching people the sport of fly fishing.

Joe Miller, of Payson, has been a driving force behind many fisheries conservation projects in Rim Country, northern Arizona, and the White Mountains. He has been a tireless advocate for watershed protection, trout conservation, native trout recovery, stream improvement work, and forest health.

Bill Winter (deceased) made a huge positive impact on Arizona and the nation before his passing in 1975 at the age of 52. His passion for the outdoors and acute business acumen led to leadership roles in the Arizona Wildlife Federation and eventually to the presidency of the 3-million-member National Wildlife Federation in 1972.

The Aug. 20 banquet will include a social hour, auction, dinner and the awards ceremony. To purchase banquet tickets or for information on sponsorship opportunities, visit https://www.wildlifefortomorrow.org/halloffame and scroll down to the appropriate links.

The Arizona Outdoor Hall of Fame was developed in 1998 by the Wildlife for Tomorrow Foundation to honor those who have made significant contributions to Arizona's wildlife, the welfare of its natural resources, and the state's outdoor heritage. Previous inductees include the likes of Senator Barry Goldwater, Congressman Mo Udall, sports writer Ben Avery, outdoor writer Bob Hirsch, the Phoenix Herpetological Society, Senator John McCain, and many other men, women and organizations that have served selflessly and continuously worked for the success of conservation of Arizona's precious wildlife resources.

Wildlife for Tomorrow is an independent 501(c)(3) nonprofit organization that exists to accelerate and magnify the impact of the Arizona Game and Fish Department's mission to conserve and protect Arizona's wildlife and provide safe, ethical outdoor recreation. 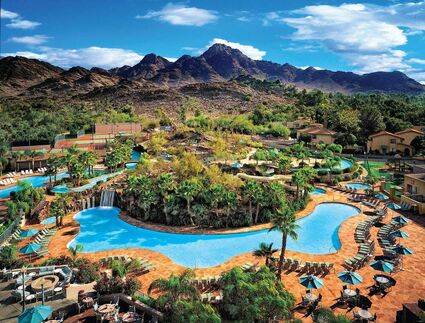 Hilton Resort at the Peak