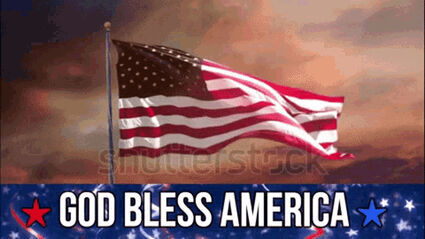 Publishers Note - Unless you were lucky enough to live in the United States during this time period you really can't realize what a wonderful country we are allowing the communists to take over.

This is a very good read. As we are the children born in those years that the writer refers to, it reminds us of the great youth that we experienced.

I would add also to the below essay that our public schools exalted patriotism and faith in those days;..

One of the worst consequences of the Viet Nam war was the termination of military conscription.

The military serves a great social and philosophical purpose. It levels the playing field; It serves to remove prejudice and discrimination based on race, religion, social and financial status. It also serves to help a young person during the difficult years of the maturing process, as it teaches respect, discipline and structure, factors that help the psychological development of a young person

The military is the institution of a government, which indoctrinates youth with national pride and patriotism.

There is no better example of this than the State of Israel, where a young man or woman who tries to avoid the draft suffers both social disgrace and loss of employment opportunities, whereas Israel's youth, who do their military service, emphasizes their service in their resumes, which is one of the first things that a future employer examines when considering the applicant. One of the key factors that human resources wants to know, what rank did one rise to and in what unit did that person serve?

• You are the smallest group of children born since the early 1900s.

• You are the last generation, climbing out of the depression, who can remember the winds of war and the impact of a world at war that rattled the structure of our daily lives for years.

• You are the last to remember ration books for everything from gas to sugar to shoes to stoves.

• You can remember milk being delivered to your house early in the morning and placed in the "milk box" on the porch.

• You are the last generation who spent childhood without television; instead, you "imagined" what you heard on the radio.

• With no TV until the 1950s, you spent your childhood "playing outside." There was no Little League.

• There was no city playground for kids.

• The lack of television in your early years meant that you had little real understanding of what the world was like.

• Telephones were one to a house, often shared (party lines), and hung on the wall in the kitchen (no cares about privacy).

• Computers were called calculators; they were hand-cranked.

• Typewriters were driven by pounding fingers, throwing the carriage, and changing the ribbon.

• 'INTERNET' and 'GOOGLE' were words that did not exist.

• Newspapers and magazines were written for adults and the news was broadcast on your radio in the evening.

• The radio network expanded from 3 stations to thousands.

• Your parents were suddenly free from the confines of the depression and the war, and they threw themselves into working hard to make a living for their families.

• You weren't neglected, but you weren't today's all-consuming family focus.

• They were glad you played by yourselves.

• They were busy discovering the postwar world.

• You entered a world of overflowing plenty and opportunity; a world where you were welcomed, enjoyed ourselves and felt secure in your future although the depression poverty was deeply remembered.

• Polio was still a crippler.

• You are the last generation to experience an interlude when there were no threats to our homeland.

• The second world war was over and the cold war, terrorism, global warming, and perpetual economic insecurity had yet to haunt life with unease.

• Only your generation can remember both a time of great war and a time when our world was secure and full of bright promise and plenty.

• You grew up at the best possible time, a time when the world was getting better...

You are "The Last Ones".

More than 99% of you are now retired, and you feel privileged to have "lived in the best of times!"

It's great being part of this 1% Special Group! ... Sadly, our numbers are now declining at an ever increasing rate.