We Wish Each Of You, 'Happy Birthday!' 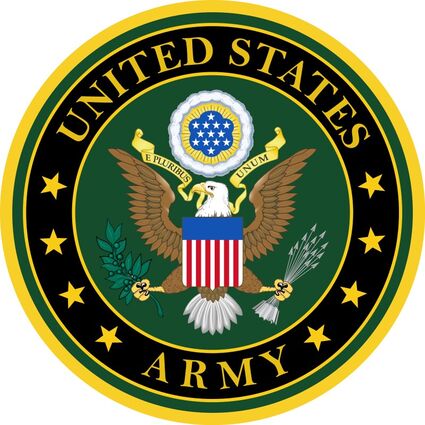 These are the guardians of our country - on land and sea and in sky and space.

Birthdays are all about celebrating the birth of those we love and respect. That is why we take the time out to invite friends over, plan parties, bake birthday cakes, and sing loudly to the guest of honor.

It is certainly no different with a military birthday. We celebrate each branch and its birthday because we are proud of our military members and what they represent. Below is a quick guide (in chronological order) to each of our military branches birthday and a brief history of its birth.

The U.S. Army was founded on 14 June 1775, when the Continental Congress authorized enlistment of riflemen to serve the United Colonies," for one year.

The United States Navy traces its origins to the Continental Navy, which the Continental Congress established on 13 October 1775. Since 1972 each CNO has encouraged a Navy-wide celebration of this occasion "to enhance a greater appreciation of our Navy heritage, and to provide a positive influence toward pride and professionalism in the naval service."

The Marine Corps was founded to serve as an infantry unit aboard naval vessels and was responsible for the security of the ship and its crew by conducting offensive and defensive combat during boarding actions and defending the ship's officers from mutiny.

The Coast Guard's official history began on 4 August 1790 when President George Washington signed the Tariff Act that authorized the construction of ten vessels, referred to as "cutters," to enforce federal tariff and trade laws and to prevent smuggling. 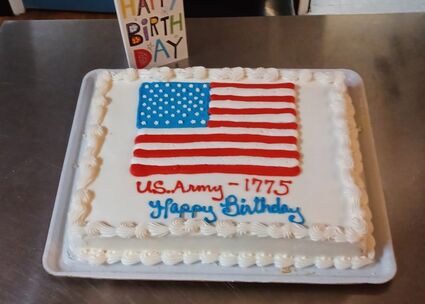 A SALUTE --Geri Hermann of the VFW Post 3513 Auxiliary provided this first birthday cake in a birth-date series that will honor all branches of our military.

Until 2019 known as the most recent branch of the U.S. military to be formed, the Air Force is also the largest and most technologically advanced air force in the world. Initially part of the United States Army, the USAF was formed as a separate branch of the military on 18 September 1947 under the National Security Act of 1947.

Editor's Note: In honor of each of these birth dates, the Auxiliary of the Veterans of Foreign Wars (VFW) Post 3513, are providing a birthday cake at the Post. Stop by and join us in a salute ( a slice of cake) to our military branches.