In Memory Of Bill Allen 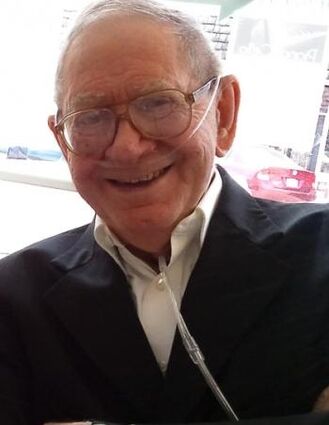 The funeral service with military honors will be held on Monday, March 14, 2022, at 2:00 PM at Peace Lutheran Church with Rev. Cory Burma officiating. Interment will be at Fort McPherson National Cemetery near Maxwell, Nebraska. Visitation will be on Sunday from 2:00 - 4:00 PM at Gass Haney Funeral Home and continue on Monday from 1:00 PM until service time at the church. There will be a family prayer service on Monday at 1:45 PM at the church. In lieu of flowers, memorials are suggested to the Peace Comfort Dog program, or donor's choice.

Billy Glen Allen was born December 27, 1927, in Allen, Nebraska, to Glen and Pauline (Kingston) Allen. The town "Allen" came about by Bill's Great Grandfather, Henry Allen, an Irishman, who had settled in Dixon County, Nebraska, and deeded 40 acres of land to the Pacific Town Site Railroad Company, with the promise of a railroad and station to be built on this 40 acres. In 1893, the town was incorporated and named – Allen.

Bill and his family moved to Wayne, Nebraska, when Bill was a toddler. He attended Wayne Public Schools and graduated from Wayne High School. On June 20, 1945, Bill entered the United States Navy. He was honorably discharged on August 22, 1946. Bill returned to Wayne and entered Wayne State College. Darleene (Killion) Keagle, a recent military widow, was also attending Wayne State College. The two were in the same history class, but it wasn't until a "God send night" that Bill went to a certain area in the college library, and there was Darleene. As Bill said, "the rest is history". The couple were united in marriage on June 19, 1949, at Salem Lutheran Church in Omaha, Nebraska, where Bill was later confirmed at. The couple were blessed with 66 years of wedded life together.

The Allen's made Columbus their home in 1955. Bill was the executive director of Farm Service Agency, a division of the Agricultural Stabilization and Conservation Service Department. Bill was an active member of Peace Lutheran Church, serving on the Board of Elders, member of the choir, a lay reader, usher, and taught bible class. Bill and Darleene enjoyed traveling, visiting 46 of the states, and going camping. Bill had a beautiful voice and loved to sing, not only in the church choir, but the Apollo Club men's choir. He was a member of the Evening Lyons Club, Columbus Jaycees, and until the last few years, was a volunteer at the Columbus Community Hospital.

Bill is survived by:

One nephew and two nieces

Bill was preceded in death by: