This 'Legislation Represents A Small Thanks' 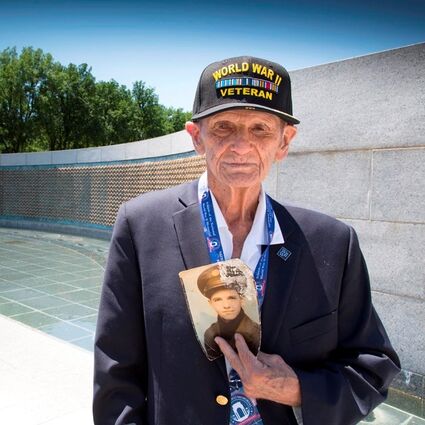 A new law is giving current military and their dependents, veterans and Gold Star Families free lifetime access to national parks and federal recreational lands. The Alexander Lofgren Veterans in Parks (VIP) Act was rolled into the National Defense Authorization Act, which was signed into law December 28, 2021

"When you take your oath, if you go into the service, to protect and defend the Constitution of the United States against all enemies, foreign and domestic, you really are protecting the homeland," the National Park Service's new director and Navy veteran Chuck Sams stated. "I think this is a great recognition of that responsibility you took on to serve your nation."

In 2020, the National Park Service announced that veterans and Gold Star Families, who've lost loved ones in the line of service to this country, would receive free access to the park service's 423 sites around the country. This new law makes the move permanent and cements the free annual passes available for active-duty military and their dependents.

"Our legislation, named after Arizona veteran Alexander Lofgren, represents a small thanks for our military community's brave service and promotes access to our beautiful national parks," the bill's lead sponsor in the Senate, Sen. Kyrsten Sinema, D-Ariz, said in a statement.

Lofgren, a congressional aide for Rep. Raúl Grijalva, D-Ariz, and former volunteer for Sinema, died at Death Valley National Park in April 2021.Before joining Grijalva's office as a Wounded War Fellow in 2019, he served four years in the Army as a combat engineer and deployed to Afghanistan in 2011, according to the announcement of his hiring. Grijalva said Lofgren loved the outdoors and used it as therapy.

"Alex working with us here saw that nature, our open spaces, our state and federal park lands and wilderness areas and public places were therapeutic, that they were important in the re-integrations of veterans back into our civilian life here after they completed their service to the nation, and he was a huge proponent of that. As a veteran, I know firsthand the importance of national parks as a place of connection and healing when dealing with the visible and invisible wounds of war," Rep. Ruben Gallego, D-Ariz., said in a statement. He and fellow veteran Rep. Mariannette Miller-Meeks, R-Iowa, introduced the bill in the House.