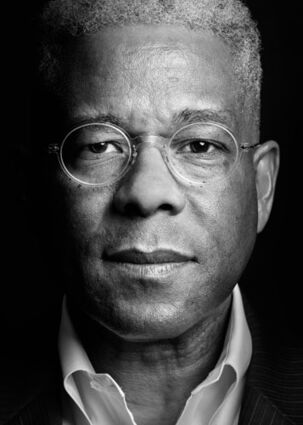 Greetings, everyone! I pray y'all had a wonderful and very Merry Christmas. Doggone, this year, as with others, just seemed to fly by. I hope y'all are not spending too much time in the returns line or shipping packages back.

Well, here we are, in the last week of the year 2021 . . . the year I turned 60! There will be many reflections in the news this week covering this past year . . . along with college football Bowl games.. Some people will start putting together their New Year's resolutions, and that means fitness centers will be running ads for discount memberships.

I have a simple reflection, and it comes from something that one of our campaign's team members said to me. The comment referenced these weekly missives that I have been doing for some time now. I was told that it was better to do videos because people do not read. That is the focus of this week's missive, my reflection.

I remember as a kid growing up, my parents - notice I used the plural, not singular - would have me read a story from the Atlanta Journal-Constitution. At dinner, I would have to provide a short summary to them as we ate. My dad got me interested in math and numbers by having me study box scores from Braves games. See, once upon a time, education was not just about what happened in a school, it was constant learning. And, when it comes to reading, it is crucial that we make current and future generations critical thinkers.

We have all heard the saying, from kindergarten to 3rd grade, kids learn to read, from that point on, we read to learn. But if we have become a society of videos, soundbites, and headlines, what is happening to our daily dose of learning? As we become more of a visual society, we are also becoming a less intellectual society. That ain't the case with China! And, here in Texas, we have a real issue with education: we are in the lowest five states, 45th or 46th in America. Funny, the classical education I received as a child, and from my parents, is slowly being replaced by a system of indoctrination. This is why we need to get back to the basics, and cast aside cultural Marxism (CRT) and Social Emotional Learning (SEL) along with Big Tech data mining of our children.

However, it is not just the education of our children. We, as adults, must do better. Heck, most adults in America have no concept of civics. Many have never read the Declaration of Independence or the US Constitution. We are falling into the depths, the chasm, of apathy and complacency. We were warned of this . . . that is, if you read.

A democracy cannot exist as a permanent form of government. It can only exist until the voters discover that they can vote themselves largesse from the public treasury. From that moment on, the majority always votes for the candidates promising the most benefits from the public treasury with the result that a democracy always collapses over loose fiscal policy, always followed by a dictatorship. The average age of the world's greatest civilizations has been 200 years. These nations have progressed through this sequence: From bondage to spiritual faith; From spiritual faith to great courage; From courage to liberty; From liberty to abundance; From abundance to selfishness; From selfishness to apathy; From apathy to dependence; From dependence back into bondage.

There is no more adequate historical quote to depict the state of America than this one. All we hear from political figures is what they are going to give us. That they will provide all of these things for "free." We call them entitlements, government programs. That is what people vote for, not freedom, but free stuff . . . failing to realize that free does not equal freedom. As well, America is going on 246 years of existence - the clock is ticking - and ask yourselves: where do you see us in Tytler's cycle? I see us at apathy, complacency, and that leads us back into dependence, and, eventually, bondage.

How do we get back on track, restoring our spiritual faith, the reason for the Christmas season? That brings forth courage. However, first, we must commit to once again being an educated, not indoctrinated, society. That means reading. Stop looking for the quick TikTok or Twitter summary.

So, as we go into a new year, think of those resolutions. Yes, go to the gym and exercise, strengthen your bodies in order to stay healthy and fight back against sickness, illness, and viruses. But, also remember that your brain is a muscle that needs to be exercised, not just by taking doses of Prevagen. Commit to reading a book a month, going past the headlines and soundbites, and seek out deep intellectual engagement and conversation. Let's bring back cursive writing in our schools; it taught us discipline and focus.

When people just start yelling and refuse to promote civil discourse that means they are intellectually deficient. When certain thoughts, perspectives, and insights are being censored in the free marketplace of ideas, that means we are being dumbed down.

Progressivism, socialism, Marxism, statism, and communism are not the philosophies of governance emanating from the studious. As a matter of fact, Sir Winston Churchill told us, Socialism is the philosophy of failure, the creed of ignorance, and the gospel of envy." -Perth, Scotland, 28 May 1948.

When elected Governor of Texas, I will not - nor shall I ever - embrace a governing philosophy of failure, ignorance, or envy. But as we head into 2022, the question you must ask of yourselves is, do you? You can only know the difference between constitutional conservatism and progressive socialism if you read. Go beyond the videos and soundbites, and refuse to be apathetic and complacent.