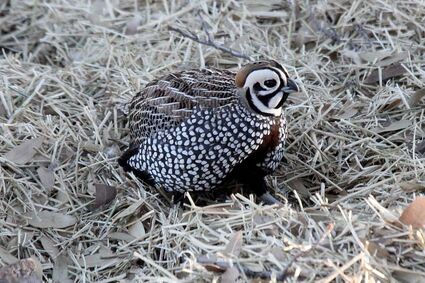 Sure, there have been birds for hunters who were willing to get out and climb the hills and canyons of southeastern Arizona when the season opened in early December for Mearns' quail. But the fact remains that it's going to take more than one summer of decent monsoon rains to give populations a desperately needed boost and improve lagging harvest rates.

"Montezuma (Mearns') quail numbers have been low since we've not had a really good monsoon since 2018, and they respond to summer moisture for nesting and brooding chicks," said Larisa Harding, small game program manager for the Arizona Game and Fish Department.

"Birds on the landscape now are primarily carryovers from past years; our wing barrel data showed a significant decline of juvenile birds harvested in the 2019-20 and 2020-21 seasons, suggesting low reproduction occurred prior to both quail hunting seasons.

"However, with the great monsoon rains that covered most of the Montezuma range in July 2021, we're hopeful that if there were birds on the ground that they would be going gangbusters in the lush habitats that the summer storms produced. We expect there should be a good crop of young birds on the landscape this fall, but it will take more than one season for Montezuma numbers to rebound."

While submitting wings is not mandatory, the information collected from wing barrels provides the best means for the department to index quail reproduction - particularly for Mearns' quail - harvest rates, and hunter effort and success.