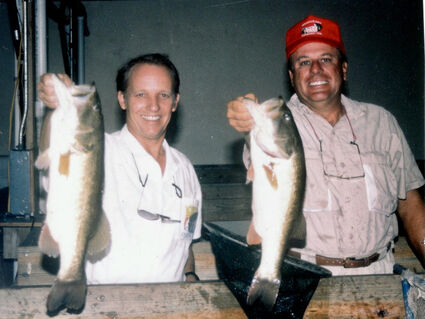 John caught several bass on it almost right away, and Fred was absolutely delighted. "You're the first person to ever catch a bass on this new lure!" he told John.

The real deal that November day on Bartlett was big one-tonner jigs with Yamamoto Hula grubs. We caught a ton of fish on those that day. In fact, it was the first time I ever fished those jigs, and Fred taught me how. A one-tonner is what they call a one-ounce football head jig. They get down to deep water fast, and with a Yamamoto Hula Grub on them, they have tons of action once they get there. Fred took us to the long points around the S-curve and we stayed on the main channel and caught bass all over the place. You need a really stout rod and strong line for these lures – I have a Fenix jig rod with a pretty stiff butt but a short fast tip. We used 17-pound-test Berkley XL back then, but nowadays most anglers use heavy fluorocarbon or even braid.

The colors we used that day were orange pumpkin, green pumpkin, and smoke sparkle. This was actually back before depthfinders, if you can imagine, so you had to know where you were and what you were doing. We used a paper map, plus memories of how the shore looked when the water was down. Fred taught me to look at the shore carefully. "See that little crease that runs down the side of the hill – it keeps going under the water, and the bass use those little creases like highways," he told me. He directed me to fish my jig down those little cuts and I got a lot of practice catching jig fish that day. He's a great teacher. 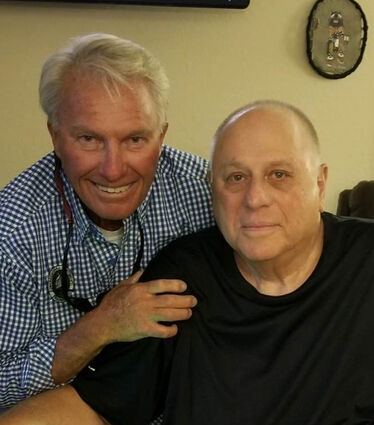