Lake Havasu Gears Up For Biggest Celebration In 50 Years 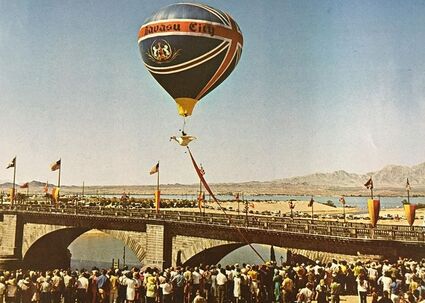 On October 10, 1971 - after three years of meticulous reconstruction - the London Bridge was rededicated with a vibrant celebration still remembered as the largest in the city's history. To welcome visitors and support lot sales, McCulloch Properties also built the English Village: an open-air mall that's thriving today with restaurants, shops and fun things to see and do.

Lake Havasu Gears Up For Biggest Celebration In 50 Years

Come celebrate the 50th anniversary of the world-famous London Bridge - the soul of Lake Havasu City.

Lake Havasu City is gearing up for its largest celebration in, well, 50 years. In October, the city will kick off a month-long celebration of the 50th anniversary of the dedication of its famed London Bridge, a 930-ft. long structure purchased for $2.46 million in 1968 ($19 million in today's dollars) and moved from London to Lake Havasu City stone-by-stone through the Panama Canal.

• Kick-off event on October 1 beneath the bridge, Royal Candlelit Feast and Ball (Oct. 2),

• Ghost Tours of the bridge, and other events during the month-long celebration. 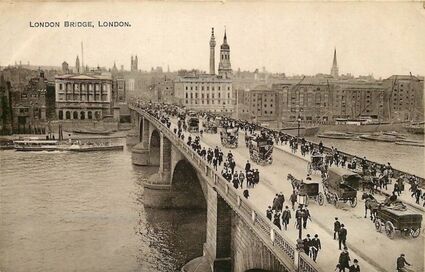 For nearly 2,000 years, a series of bridges had spanned the River Thames in London. The bridge spanning Lake Havasu City's Bridgewater Channel today was built 190 years ago in 1831. Due to a heavy increase in vehicle traffic in the early 20th century, this bridge began sinking into the River Thames. So the City of London had it dismantled and sold it at auction in 1967.

"New York has its Empire State Building, St. Louis its Gateway Arch, and L.A. its Hollywood sign. There's only one London Bridge in the world outside of England and we've got it here thanks to the foresight of our founding fathers some 50 years ago," says Terence Concannon, Go Lake Havasu president/CEO.

"It's the number-one built attraction in Arizona. The number one attraction, of course, is the Grand Canyon, but only Mother Nature can lay claim to that one." (Source: Arizona Office of Tourism Research Division, 2018).

How did this blessing to a nation make its way from rainy London to the dust-dry Mojave Desert in Arizona? Bearing bullet holes, birds, bats and historic graffiti, the London Bridge is hollow inside but chock full of amazing stories you must see to believe!