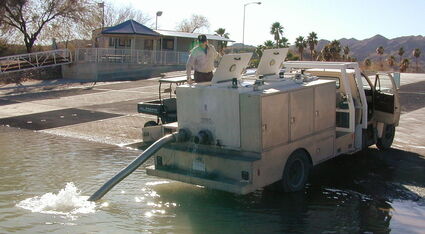 Over the next ten years the service will support Arizona's sport fish stocking program.

The U.S. Fish and Wildlife Service (FWS) has issued a Finding of No Significant Impact (FONSI) as part of the Environmental Assessment (EA) of its proposal to continue to fund, in part, the Arizona Game and Fish Department's (AZGFD) sport fish stocking program over the next 10 years.

As part of the Proposed Action, conservation measures were incorporated that will offset or reduce the effects of the stocking action to the level that is not significant to the human environment and ultimately contribute to conservation and recovery of native species. The conservation measures were developed as a coordinated effort between the FWS's Wildlife and Sport Fish Restoration Program (WSFR), FWS Arizona Ecological Services Office, and AZGFD.

The FONSI decision followed an EA process that analyzed two alternatives, the Proposed Action and the No Action alternative. After review of public and agency comments received on the Draft EA, WSFR and the Arizona Ecological Services Office and AZGFD revised the conservation measures to provide additional detail and clarification. The final EA reflects these modifications, provides corrections to the document where warranted, and adds clarification as requested in public and agency comments.

Under the Proposed Action, funding will support stocking of sport fish at 186 individual sites in selected rivers, streams, lakes, reservoirs, ponds and tanks in the state. It will also support continued operations and maintenance of five AZGFD hatcheries that rear sport fish (primarily trout) for stocking. The actions in this alternative are the most comparable to the stocking program that has been in place since 2011.

Hundreds of thousands of Arizona residents and nonresidents take advantage of the state's recreational fishing opportunities each year. There were 6,009,716 angler use days (AUDs) of fishing in Arizona, with a total annual economic impact of $1.47 billion based on 2013 numbers (Duda 2014; Fedler 2014). The demand for angling opportunities in Arizona is anticipated to further increase given current trends and projected models of population growth, especially in close proximity to urban areas. 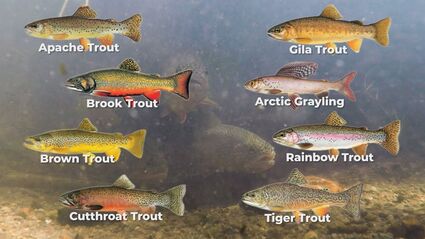 • View the Finding of No Significant Impact (FONSI)

The above documents are posted on the AZGFD website at -https://www.azgfd.com/fishing/fisheriesmanagement/.