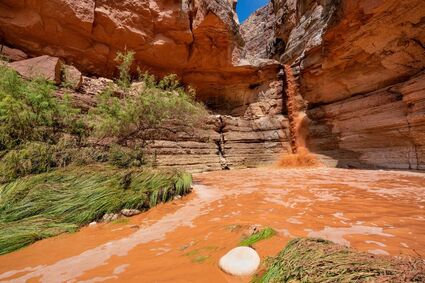 Flash floods are common in the desert southwest, including Northern Arizona. This is because the arid, sparsely vegetated environments found in these areas have little capacity to absorb rainfall. The resulting runoff moves rapidly through the narrow canyons and steep terrain found throughout the region. In many areas, even small storms can turn normally dry streambeds into raging torrents of water in a matter of minutes.

Be Alert And Informed

Be alert for the possibility of flash flooding anytime that rainfall is forecast. For more information on weather dangers in Grand Canyon National Park visit: https://www.nps.gov/grca/planyourvisit/weather-dangers.htm. 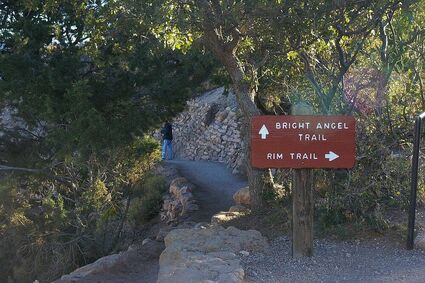 On July 19 at approximately 9:47 a.m., the Grand Canyon Communications Center received a report of a hiker with a medical emergency in progress on the Bright Angel Trail. The caller determined and told dispatchers that the hiker did not have a pulse. Bystanders initiated CPR and National Park Service Search and Rescue personnel responded and assisted with resuscitation efforts. All attempts to resuscitate the individual were unsuccessful. The victim has was identified as a 56-year-old male. He was returning from a day trip to Plateau Point when he became unresponsive near Mile-and-Half Resthouse.

Read These; They Could Save Your Life

Before heading down trail, hikers are strongly encouraged to read the Hiking Tips page and check the Backcountry Updates and Closures page for current information on inner canyon conditions. More information about hiking safely in the summer is available at https://www.nps.gov/grca/planyourvisit/hike-smart.htm.