Did You Know? Guy Lombardo Was Also A Speedboat Racer 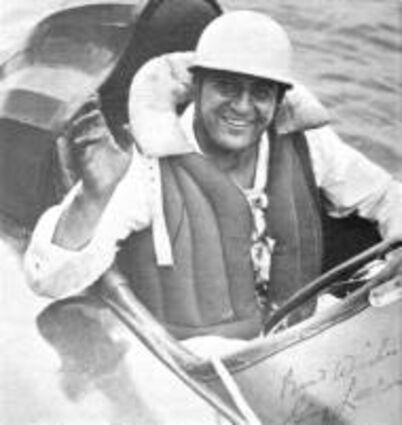 Many remember him and his Royal Canadians for their extremely popular band performances, especially from 1929 to 1952, but on into the '70s and beyond with his top-selling recordings. However, Guy Lombardo was also an important figure in Step Boat speedboat racing, winning the Gold Cup in 1946 in his record-breaking speedboat, Tempo VI, designed and built by John L. Hacker.

He then went on to win the Ford Memorial competition in 1948 and the President's Cup and the Silver Cup in 1952. From 1946 to 1949, Lombardo was the reigning U.S. national champion. Before his retirement from the sport in the late 1950s, he had won every trophy in the field.

In 1959 Lombardo was attempting a run on the absolute water speed record with the jet engine-powered Tempo Alcoa when it was destroyed on a radio-controlled test run doing over 250 miles per hour (400 km/h). After the destruction of Tempo Alcoa, Lombardo retired from hydroplane racing. In 2002 he was inducted into the Canadian Motorsport Hall of Fame for his accomplishments.

Beginning in 1958, Lombardo endorsed the Guy Lombardo Royal Fleet, a line of fiberglass boats manufactured and sold by the United States Boat Corporation of Newark, New Jersey, a division of U.S. Pools Corporation. The boats were manufactured under license from Skagit Plastics of La Conner, Washington. The endeavor was short-lived and ended in 1961 with the closure of Skagit Plastics.

Lombardo became a promoter and musical director of Jones Beach Marine Theater. The venue was built with him in mind by Robert Moses, a fan of Lombardo. One of Lombardo's productions at Jones Beach was Paradise Island in 1961. His final production there was the 1977 staging of Finian's Rainbow with Christopher Hewett in the title role.

The Jones Bend Marina Theater in New York's Long Island was a popular spot to see Lombardo, who arrived by boat to his performances and conducted the orchestra's first number from the Tempo's cockpit.

Lombardo would step off the boat after his introduction and continue leading his band.

Boat Note: Gold Cup racing was canceled during World War II, but when racing resumed in 1946 the hydroplane My Sin had been sold to famous bandleader Guy Lombardo. Lombardo renamed the boat Tempo and won the 1946 Gold Cup race, setting a new world record of 68.072 mph. 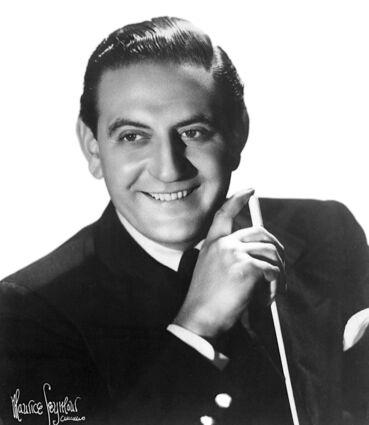 Lombardo and Tempo went on to win National Championships in 1946 and 1948. In 1948 Lombardo replaced the exotic V-16 Miller engine with a more common Allison. In 1950 Lombardo hired veteran boat builder and driver Dan Arena to lengthen the boat to 30 feet.

As significant as Lombardo's accomplishments on the racecourse were, his contributions to the sport off the racecourse were far more profound and far-reaching. Lombardo is credited with introducing both Bill Muncey and Bernie Little to hydroplane racing!

Joe Frauenheim bought Tempo VI in the early 1990s and painstakingly restored it. Frauenheim and his volunteer crew removed Dan Arena's modifications and returned the boat to its original 24-foot length. The beautiful red and gold mahogany boat is now a favorite at vintage events all around the country.