How To Take Great Photos Outdoors 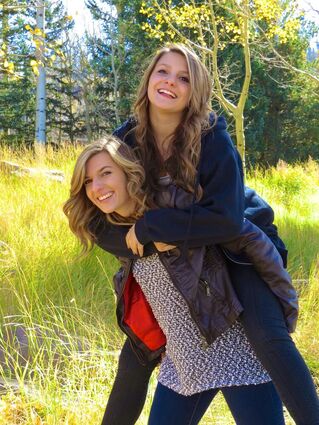 Clowning around makes great photos too.

Everyone loves to show off their outdoor adventures: some hand their phones around at work, others post on Instagram or Facebook or Twitter, some print them out and frame them. Unfortunately, not everyone takes rockin' outdoor photos. If you want to wow your friends, there are a few basic things you should remember when you are taking photos outdoors.

Even if you're not shooting into the sun, water spots and fingerprints on your lens can make big blurry spots. Specks of dirt or mud will also show up as blurry marks. Even on your phone, you need to clean the lens before shooting. On a real camera, you should invest a few bucks in a UV lens that screws over the actual camera lens. That way, any scratches are not fatal - you can simply replace the scratched UV lens.

To clean the lens, first blow or brush away any loose dust with a very soft brush. Do NOT rub a dusty lens with a lens cloth – the dust will scratch the glass. Scratches show up on photos, especially if light hits the lens.

Once you've gotten the loose dust off, use a microfiber lens cloth to clean the lens. You can breathe a fog on it if you need to, or even use a bit of water, but Modern Spartan Systems makes the best lens solution I've ever tried. Their Crystal Clear lens cleaner has been used commercially on high-value optics like cameras, night vision goggles, cockpits, and missile domes for years.

It cleans even fingerprints off and lays down a nano layer of polymers that protect the surface of the lens. It even refracts light so you get an even higher definition image. It won't damage the coatings or discolor, and it is also anti-fog. A little bottle will last you forever. Check it out at http://www.modernspartansystems.com.

Light is absolutely the most important thing for photos. Early morning and just before dusk are called the Golden Hours for good reason, and if you just want photos of landscapes or scenery, these are the prime time to take those photos. Usually, though, you want to take photos during the day when you're doing things.

Light is still your prime concern. Try not to shoot into the sun without shading your lens – it makes odd little light spots show in your photos. John often uses his hat to shade my lens when I can't avoid shooting toward the sun.

When I took Trinity's graduation photos in the forest, I used a piece of white foam core board to reflect light onto her face while she was in the trees. You can shoot toward the sun when it is filtered by trees and leaves, but you don't want shadows on faces. This also works great for illuminating an angler's face under his hat brim. Those darn hats! Outdoors people love them, but they always cast a shadow over the face. Light them up!

If you're going to be on a boat all day, bring that foam core board. You can keep your camera in the shadow of the subject and use the board to reflect light from behind them onto their faces. It works great and you'll get well-lit subjects with no squinting.

My favorite photo days are overcast. Clouds diffuse the light so that colors look great and there are no enormous dark and light contrasts, even at noon. However, the sky can look washed out on cloudy days. There is always give and take with photography.

Here in Arizona however, overcast days are few and far between. If you face a subject into the sun so that you can see his face, he's going to be squinting, plus sometimes the sun glares off other things, like any fish he might be holding. But if you face the camera into the sun you get the fish and the fisherman in shadow and that's not good either.

You can either force your camera to flash and fill in the shadow, or you can put the fish in the livewell and move into the shade. I've done both. If the flash is too bright and harsh, use a tissue or something to filter it. Just hold the tissue over the flash as you take the photo – you can even do this with a phone.

Instead of static photos of your kids standing still facing you, try shooting some photos while they are clambering over boulders or walking toward you (or even away from you) on a beautiful trail. Some of my favorite photos of my granddaughters are the ones I've taken of them jumping off things – it's fun to catch them in the air. You could also have one of the kids carry another one piggy back. This not only gives your photo action, it gives you big smiles too.

Use burst mode to take a bunch of shots during action while they jump, then you can pick the best ones to keep.Another thing that can make photos more fun is changing the angle that you take the photo from. Get down low or up high and shoot.

Nothing is as lame as a picture of a guy holding a fish with his arm stretched out toward the camera to make it look bigger. Seriously. Think action! Have your buddy take a few shots while you land that big bruiser. If your camera or phone has a burst mode, use it. This will take a series of shots just seconds apart, and you're much more likely to get at least one really good shot. Try swinging the fish aboard toward the photographer, or have him lean over the side of the boat and take a few shots as you lip the fish or scoop it up in the net.

Straight-on shots can be boring. Have the photographer experiment. Have him get down low or up high. Put him on shore or on the dock. If you really have a once in a lifetime fish, put that bad boy in the livewell after the first few shots and let him rest if you are going to be taking some more.

I have taken literally tens of thousands of photos, and I am continually amazed at the weird stuff that shows up because I'm so focused on the person that I forget to look at the background. I've had trees that look like they are growing out of the subject's head, people doing peculiar things on boats, cigarettes, and the all-time most common thing: a really slanted water line. A slanted shoreline is common, but if the horizon is water and it's at an angle, that just looks weird. Sometimes it can be corrected by cropping and tilting, but other times if you try that you cut off the fish or part of the fishermen before you can even out the water. So pay attention to what is behind the subject. 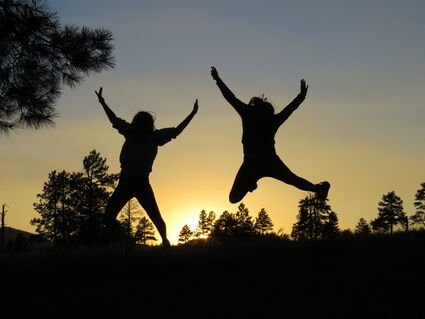 Taken during the "golden hour" when the sun was very low on the horizon. The golden hour is particularly striking in the woods because of the shadows.

I like burst mode, but it really eats up your memory. To avoid having my phone or camera tell me "no more" at a crucial moment, I try to use burst sparingly. However, I still take multiple shots, even of the same pose. It's way too easy to get so focused on the details that you don't even notice that the subject has a weird look on his face or that his hair is sticking up or whatever. Give yourself several choices when it comes to deciding which photo to share.

This may sound like a lot to remember, but it really only amounts to a bit of common sense and paying attention. You probably have your phone with you all the time, right? If you normally use your phone as a camera, take photos often, even when nothing special is going on. You'll soon get a feel for great angles and composition.