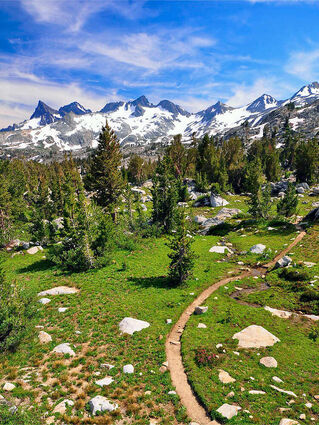 Bill Monk Writes Of His Adventures On The Pacific Crest Trail

Monk brings readers along on his epic journey, describing every detail of five long months filled with breathtaking views, heart-stopping danger, and unrelenting adventure, testing his physical and mental stamina to the limit. Readers will be delighted that he is joined by his friend Scooby (hiking partner from his 2017 thru-hike of the Appalachian Trail) for the first couple of months.

People who have hiked or plan on hiking the Pacific Crest Trail, lovers of nature, and those who want to know what it's like to accomplish a seemingly insurmountable goal will relish this uplifting story, which paints a magnificent portrait of the outdoors and what it's like to fully immerse oneself in nature's glorious, awe-inspiring, and occasionally very challenging beauty.

Monk's new book takes his readers along his 2,650-mile journey on one of North America's most iconic trails, The Pacific Crest Trail. This is what best-selling author Barney "Scout" Mann had to say about Whistler's Way -

"William 'Whistler' Monk invites you to ride on his shoulders, reading his thoughts, simply by turning the pages of Whistler's Way ... A Thru-Hiker's Adventure on the Pacific Crest Trail. This is Monk's second long trail book. The first chronicled his 2017 eastern adventure, Whistler's Walk: the Appalachian Trail in 142 Days.

"In Whistler's Way, Monk ran headlong into a big snow year on the PCT. So many hikers flipped, skipping the Sierra Nevada, re-starting further north, with the hope to return later to John Muir's 'Range of Light'."

Monk, too, made that hard decision, testing his philosophy: "I've never had a bad day in my life." That philosophy was sorely tested again on the slopes of Mt. Jefferson when he careened down an icy bank, breaking ribs. Still, 37 days later, Monk was back on trail. That this book exists at all is the result of Monk's promise made to himself; "[A]s difficult as it was, I committed to myself that I would never miss a day of writing in my journal." 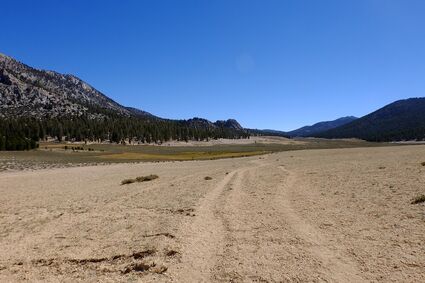 Monk's trail companion of over 2,000 miles reported in the foreword that Monk was "excited and giddy" whenever he stopped to jot journal notes. Whistler's Way certainly covers the trail sights and stunning landscapes, but Monk makes sure to focus on what was most important to him - the people, repeatedly the people, how good-spirited and kind Monk found them as he thru-hiked the Pacific Crest Trail.

Just as for Monk, readers of Whistler's Way may find their faith in people renewed and restored.

Whistler's Way is available on Amazon.