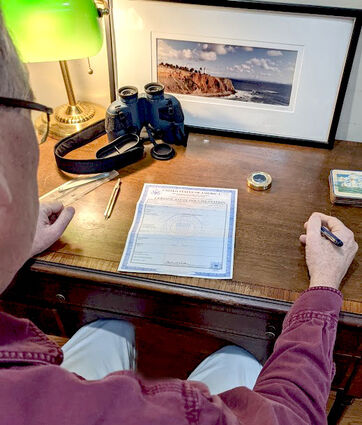 Boat owners will no longer need to renew their Certificate of Documentation every year.

New rule will spare some boaters a yearly task: renewing their certificate of documentation.

Of the nation's nearly 12 million registered recreational boats, those owners who federally document their vessels, or about 165,000 boats, will be spared the hassle of renewing their U.S. Coast Guard Certificate of Documentation every year as a result of recent rule change that now makes documentation valid for five years. The move was the result of Coast Guard cost-saving efforts and requirements set forth in the Frank LoBiondo Coast Guard Authorization Act of 2018.

"The change to a five-year documentation period will be a time-saver," said BoatUS Manager of Government Affairs David Kennedy. Kennedy notes the new rule also eliminates some options that were formerly available.

"Going forward, the five-year Certificate of Documentation is the only option available for recreational vessels as the 2018 Act did not allow for alternatives," added Kennedy.

Formerly, documentation was $26 per year and boaters could select the number of years, from one to five. The new five-year documentation cost for is fixed at $130. Additional fees apply for initial documentation as well as exchanges. The Coast Guard will not issue refunds if an owner chooses to cancel documentation before its five-year expiration or if a vessel is sold during the renewal period.

Boat owners generally choose to federally document vessels with the U.S. Coast Guard versus the more common practice of state registration, for one of two reasons: the boat was purchased with a bank loan and the lender required it or the owner plans to travel beyond U.S. waters. A Certificate of Documentation is internationally recognized and makes it easier for American vessels to enter and leave foreign ports.

Documented vessels must also be a minimum of 5 net tons, which is about the size of a 26-foot boat. BoatUS notes that net tons are more about (cargo) volume, than weight.