He Was A Patriot And A Vet 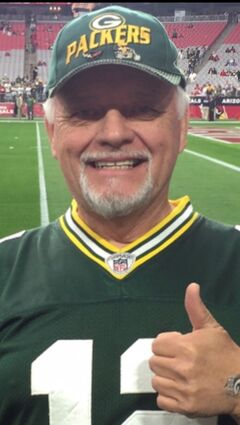 Those of us who knew John, treasured his good nature, friendship, and loyalty. We will continue to wish his family the comfort and peace of wonderful memories.

John Rutkowski passed peacefully after a courageous battle with COVID. He was born in Richland Center, Wis., and attended Pulaski High School in Milwaukee, Wis. He served his country with honors as a Tech Sergeant during the Vietnam War.

He and his wife Diane celebrated 51 years of marriage. Together they had two children, Dawn Koberstein and her husband Joe of Tempe, Ariz., Ryan Rutkowski and his wife Marissa, and four grandchildren, Austin, Ryan, and twins John and Jenna, who reside in Garden Grove, Calif. In addition to his wife, children and grandchildren, John is survived by his brother Ronald Rutkowski, of Berlin, Wis.

John owned Tri Corner Auto Sales in Wis. and after relocating his family to Scottsdale in 1980, he opened Arrow Auto Brokers and later JR Auto Wholesale. He enjoyed restoring classic automobiles and 57 Oldsmobiles were his passion.

He was a diehard Packer fan and a proud American. John was an active member of the Scottsdale VFW Post #3513.

A private memorial service for the family was held at National Veterans Cemetery. A celebration of life will be held at a later date. If friends desire, donations to VFW Post #3513 in his name are appreciated.

Editor's Note: Being around John just made anyone smile - such a fun, happy man.