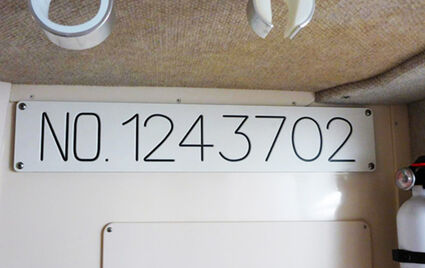 Boat Owners Association of The United States (BoatUS) is advising boaters with vessels that have a U.S. Coast Guard Certificate of Documentation to be wary of any letter arriving by U.S. mail offering renewal.

BoatUS advises that while the Coast Guard does send official annual renewal notices by U.S. mail, other notices being received by members are not from the Coast Guard but rather third-party companies whose name or return addresses may appear similar to that of the official U.S. Coast Guard National Vessel Documentation Center (NVDC).

BoatUS members have complained that these letters direct them to websites that may be mistaken for the actual Coast Guard NVDC located in Falling Waters, West Virginia, and appear to show a significant increase in the annual fee to renew Coast Guard documentation.

In 2017 the Coast Guard issued a bulletin that says in part:

"The NVDC is aware that there are commercial entities that offer to manage the certification/renewal process on behalf of vessel owners for a fee. The Coast Guard does not endorse any of these companies, and the companies do not operate on behalf of the Coast Guard in any way. Any fees charged or agreements offered by such companies are in no way associated with the NVDC certification process. In addition, these companies are not authorized to issue any form of documentation, including travel letters and/or permits that authorize operation of ANY vessel. Customer complaints can be made through the Federal Trade Commission's (FTC) website."

While third-party companies may legitimately provide services to assist with vessel documentation renewals, the Coast Guard's own renewal process is simple for most vessels and the price, $26 annually, is often much lower than what third-party services may charge. To renew, go to the Coast Guard National Documentation Center website at https://www.uscg.mil/nvdc and click on "instructions and forms," then "Certificate of Documentation Application for Renewal." BoatUS notes that the Coast Guard NVDC now also offers renewal options up to five years for recreational vessels only.

To be documented, a vessel must measure at least five net tons and, with the exception of certain oil-spill response vessels, owned by a U.S. citizen. Boats about 27 feet in length or longer generally meet the weight requirement.

BoatUS also advises boaters who may have received mail that they believe is misleading or deceptive to contact the U.S. Postal Inspection Service at 877-876-2455.