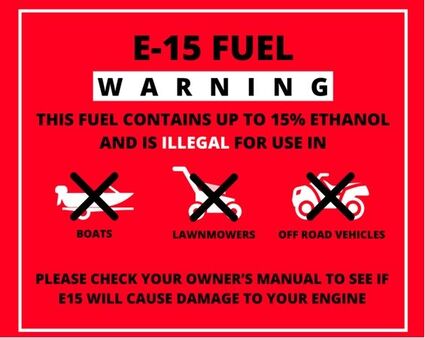 Survey reveals the warning to avoid putting the wrong fuel in the tank is failing.

With the boat in tow, you head to the gas station to fill her up. At the pump you find a fuel prohibited for use in boats, E15 gas, being sold alongside approved E10 fuel. What's to prevent you from misfueling? A little warning label about the size of a pack of gum that's often hard to notice, difficult to understand, and too often fails to protect consumers, said boat owners and other non-road-engine users in a recent National Marine Manufacturers Association survey on the effectiveness of current E15 warning labels.

The ethanol warning label survey is being used to help persuade EPA regulators, currently reviewing E15 labels, to offer a more effective warning. Survey takers were shown the existing orange E15 warning label and a red prototype label with pictographs. Respondents were more than four times as likely to say that the prototype label more clearly conveys the idea of a "warning" for consumers than the current label.

What made the difference? The prototype's red color and visual reinforcement was cited as more effective than the real label. Where the label is located on the pump can also be improved: 70 percent of respondents noted that inconsistent placement of the E15 label on fuel dispensing pumps made it harder to locate and less effective. 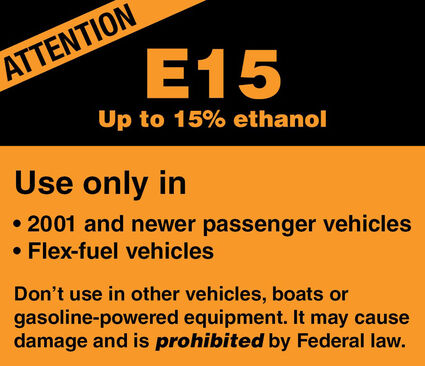 "EPA has some work to do in regard to educating consumers at the pump with more effective ethanol fuel labeling that better communicates the hazards of E15 for boat engines and other small motors," said BoatUS Manager of Government Affairs David Kennedy. E15 is prohibited by federal law for use in recreational boat engines, off-road vehicles and small engines.