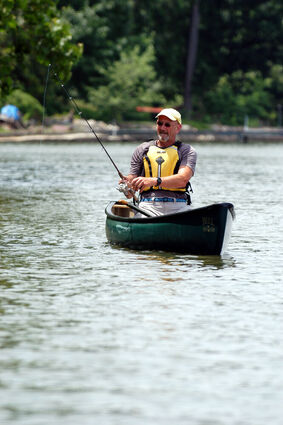 The survey data, captured in 2018, includes all types of on-water activity from canoes, kayaks, rafts and rowboats to sailboats, skulls, airboats, motorized boats and personal watercraft.

"While a number of factors have made recreational Boating safer over the years, such as stronger laws, regulations, boating safety education, better enforcement, and improved manufacturing standards, it all relies on having the best data possible," said BoatUS Manager of Government Affairs David Kennedy. "This information is going to help guide and develop policies that matter to boaters."

• Ownership: It is estimated that approximately 25.2 million boats were owned by 14.5 million households in 2018. Evidence suggests that joint/shared ownership is an increasingly popular way to secure access to boats. While the vast majority (94.5% or 23.83 million) of boats in the country were owned exclusively by someone residing in the household, nearly 1.4 million boats were in some manner of joint/shared ownership.

• Registered/Nonregistered Boats: There were 11.82 million boats registered in the 50 states and the District of Columbia in 2018. Almost 13.4 million boats were owned in 2018 in the United States that were not required to be registered by the state where they were kept and operated. Open powerboats continue to be owned by more households than any other types of boat, while approximately 4.24 million households owned one or more kayaks and about 2.14 million households were owners of canoes.

The survey summary notes: "The proportion of all boats that are unregistered is creating a number of financial and management issues and difficulties for boating safety and law enforcement agencies as well as agencies that provide and manage boat access and infrastructure facilities. Foremost, owners of unregistered boats do not pay registration fees, and because most are human-powered boats, they do not purchase fuel for these boats and therefore do not pay fuel taxes, which support the development and maintenance of Boating access and infrastructure as well as boating safety education and enforcement." A number of states are currently considering expanding registration requirements to include various types and sizes of human-powered craft.

• Operator Use: A total of 10.2 billion person hours of Boating took place in 2018, with person hours aboard motorized boats representing 84.1% (8.6 billion) of the total. Over 1.3 billion hours were spent Boating on human-powered boats. Five states − Florida, Michigan, Texas, South Carolina, and New York − represented about 31% of all person boat hours that year. The state of Florida represented about 10.7% (1.089 billion hours) of all person hours nationwide, followed by Michigan (603.7 million) and Texas (522.3 million).

• Regional Boat Use: Contrary to what has sometimes been assumed, boats in southern states are not, in general, operated more days, on average, than boats in northern states. In fact, motorized boats in the Midwest (56 days) and Northeast (55 days) census regions were operated more days, on average, than in the South (52 days) and West (52 days) census regions. About 647,000 boats in coastal and Great Lakes states were operated at least once more than 3 miles from shore in 2018.

• Safety: About one-third (33.7% or 220,000) of all boats and 32.8% of motorized boats that operated over 3 nautical miles from shore were equipped with epirbs while 83.2% of the motorized boats that were operated at least once were equipped with an emergency engine cutoff switch. Just 13.9% had VHF-DSC radios. About two-thirds (65.6%) of the persons that operated a boat in 2018 had not taken a boating safety course.

• Trailered Boats: About 6 million boats that were operated in 2018 were either trailered or transported (i.e., on top of a car, in a truck) at least once for the purpose of launching them on the water, representing almost two-thirds (65.3%) of the boats that were operated during 2018. Boats were trailered/transported for the purpose of launching them 167.3 million times in 2018.

• Boater Socioeconomics: In 2018, an estimated 84.54 million recreational boaters of different ages, races, and ethnicities in the United States participated in Boating, or 26.5% of the U.S. population. Boat-owning households were predominately all-white households. All Black/African American households represented less than 1% of boat-owning households. The survey summary notes, "This may be a significant factor in limiting participation of more minority persons in Boating given that the NRBSS Participation Survey found that not knowing anyone who owns a boat was a significant reason why more persons did not boat in 2018." Other and mixed-race households constituted 16.3% of all boat-owning households.

The survey was funded by two grants from the Sport Fish Restoration and Boating Trust Fund. It was completed by the nonprofit research institute RTI International and the Department of Community Sustainability at Michigan State University.