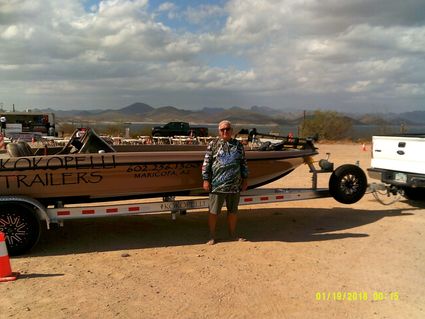 Don Ashford is an Arizona fisherman who participates in tournaments just about every other weekend all over the state. This means he spends a lot of time on the road towing his boat under all kinds of conditions. At one of the tournament series, every fisherman had his name put in a pot after each tournament, and at the end of the season one lucky guy got his name drawn to win a custom-built Kokopelli Trailer. That lucky guy was Don Ashford.