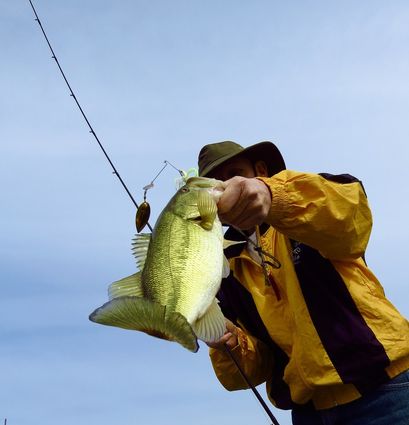 Years go by and fishermen change, but the bass sure don't. We went fishing at Roosevelt one November many years ago with an AllStar Bass angler named Dave Prothe, and he schooled us on spinnerbaits and crankbaits in cold weather.

We started out with spinnerbaits and crankbaits on a rocky bank where the channel swings in close to shore – in the Tonto end across from Cholla on the edge of Goose Flats. The boat was sitting in just three feet of water. Dave says that when the water starts cooling down this time of year the bass begin to chase Shad out of the channel into the shallows. So he looks for channels near shallow water, such as around Salome, Windy Hill, etc. You may go for a while without catching anything, he says, but once you do get into them you'll catch a bunch.

Prothe used a streamer and a trailer hook on his spinnerbait to get those short bites. "The bass are chasing Shad, so the hardest part is getting your bait to pass through them," he says. Our first bite that day was a very big fish – and it hit the trailer hook. You just have to find a good bank and go out and stick to it, because the fish can be sluggish. That first big one didn't even fight much. You might also need to change your retrieve until you find out what works. Change the speed or stop and start while you retrieve.

Another of his favorite techniques this time of year is throwing a Rat-L-Trap right up to the shore. The bass often get excited and start bumping everything. The toughest times are right after a cold front – it can take the bass three days to start biting again after a front. But if the weather stays nice and there are no freezes, this bite will go from mid-October until spring.

In the fall, until they start really getting onto structure they can be almost anywhere, he says, and he also likes to fish buzzbaits all during November because those will call bass from a distance. When the Shad are scattered everywhere, the bass will be too, so you just have to keep moving until you find them. Once he catches one, he'll go over that same area several times before moving on. After the spinnerbait bite died down, he moved over near the old marina and began jigging rockpiles. He also catches them on a three-way swivel with two Senkos tied on and one arm shorter than the other – one about 18 inches, and one about two feet. 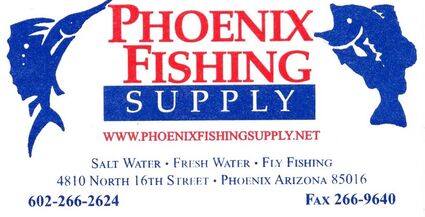