BoatUS Says FCC's Message To Boaters And Those Relying On GPS: 'Tough Luck' 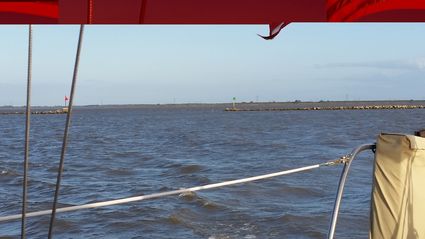 A SAFETY CONCERN -- The loss of a GPS signal while navigating, especially when precision counts, is a safety concern for all recreational boaters.

Ligado's slice of licensed "L-Band" spectrum designated for space-based navigation and communications is located near lower frequency bands used by hundreds of millions of GPS units used in public safety, health, government, transportation, military, commerce, agriculture and more. A founding member of the recently launched Keep GPS Working Coalition, BoatUS believes that as the Ligado network is rolled out, instances of signal interference will increase. This will give current GPS users no choice but to either purchase new GPS units or potentially suffer continued interference. The loss of a GPS signal at a critical moment is a significant safety concern for any vessel operator relying on this popular and widely used technology.

The coalition said that FCC's decision disregarded mountains of evidence highlighting the interference issue, ignored established technical standards, relied only on limited studies with vague and impractical criteria to access interference, and was made during the COVID-19 pandemic when a final decision was circulated only among the five FCC commissioners as stakeholders were dealing with the health crisis.

The commission also ignored serious concerns from the federal government as well as agencies including the departments of Defense, Transportation, Commerce, Interior, Justice and Homeland Security, as well as NASA, the National Science Foundation, Federal Aviation Administration and U.S. Coast Guard.

"As a recreational boater, I must have a reliable navigation system," said BoatUS Manager of Government Affairs David Kennedy. "With this decision, FCC is permitting one private company to upend the entire reliability of GPS. It's unfathomable that the lone federal caretaker of our national radio spectrum shows such disregard, even after admitting there are cases where federal and private GPS users will suffer harmful interference. It's a message that in essence says 'tough luck' – you are on your own."

Boaters may remember Ligado's former name, LightSquared. In 2010, FCC suspended consideration of its prior proposal to use its licensed spectrum for a 4G LTE network also citing unresolved concerns over radio spectrum interference with GPS, forcing the company into bankruptcy. In May of this year, Ligado announced $100 million in new funding from unnamed sources.