There Is Not A Better Time To Be On The Lake 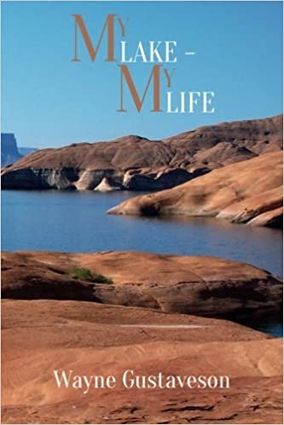 I was lucky enough to get out on the lake when it opened to locals last month. Lake Powell Bass were spunky, bold and ready to chase or eat anything in the tackle box. I started with a simple single-tail green grub and dropped that straight down 8-15 feet in front of isolated rockslides. Smallmouth from 1-2 pounds were all over the bait. Catching was quick and easy and a whole lot of fun. Every rockslide had a bunch of agreeable Bass.

The success came because Bass were in spawning mode and they had not seen any anglers in the past two weeks. I guess they have short memories about boats loaded with Bass anglers who try to catch them. They were very aggressive.

Other reports came in from anglers who made it all the way to the San Juan. Bass were just as spunky but the catch numbers increased from 40 that I caught up to 200 per day on the San Juan. Those fishing the San Juan were using Ned Rigs, and Senkos.

The bite was so good that they ran out of Ned rigs, and had to cut plastic worms into 3 pieces and use them as if they were Ned rigs. The Bass report is that fishing is off the charts for smallmouth over the length of the lake.

Visible Bass beds are common. They are in three feet of water on shallow ridges in crystal clear water since the lake has not yet started to rise. Toss a plastic grub or crankbait over the nest and the guardian male Bass will defend the nest. Fishing in the southern lake is a lot like watching a fishing movie. Bass are clearly visible and aggressive. Largemouth Bass are mixed in with smallmouth but are not as abundant. They are aggressive and catchable.

Walleye really like the warming water and their appetite has increased. Target them in shallow water at first light and last light, morning and evening. Use a 10-foot deep diving lure in shallow sandy coves or use a bottom bouncer to drag a night crawler over a 10-15 foot level lake bottom.

Striped Bass were more secretive. We did find suspended schools of immature Stripers hanging out in the back of canyons uplake. We trolled to find them using 3-inch long, Shad colored crankbaits (Lucky Craft XD 78 pointers in chartreuse Shad colors).

One striper hitting the trolled lure caused us to stop and cast to the school following the hooked fish. We caught more Stripers casting than trolling. We had a few stops when we caught more than 10 Stripers in a few minutes. These fish were 10-14 inches long. They were holding near rockslides in the back of long canyons in 15-25 feet of water.

Adult Stripers are in prespawn mode. That means they eat only at night and are visible but not often catchable in the daylight. I search for spawning Stripers in early morning and late evening twilight. They are most likely to hit small one-inch flies or small white grubs. Sometimes small trolling lures will work. Look for surface activity, which may include feeding carp and spawning gizzard shad. Cast and troll near the surface disturbance to find Stripers.

These are very interesting times with lake closures, fish behavior and so many options to choose from. There is not a better time to be on the lake than right now. (Well maybe striper boils, but right now is a lot of fun with so many active fish species.)

This book presents a unique view of Lake Powell written by the Lake Powell Fisheries biologist and manager of all fish contained therein. Wayne Gustaveson has been at Lake Powell for over 40 years and is a long-time source of fishing and recreational information about the second largest lake in the United States. This information is easily accessible on his website Wayneswords.com which has been on the Internet for the past 15 years.

Gustaveson is living the dream: He resides in Page, Ariz., near the shores of Lake Powell and his "work place" is the picturesque, crystal-clear water. Find history, facts about fish behavior, and tips on how to catch Stripers and Bass over the length of this incredibly beautiful lake nestled in the Utah/Arizona red-rock desert.