Who Else Wants to Attract Traveling Boaters? 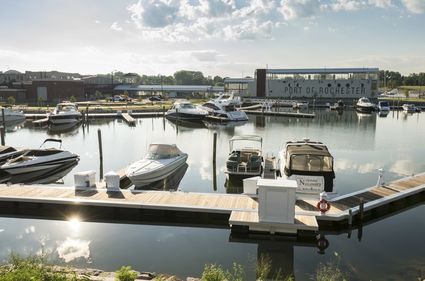 Towns of all sizes can help revitalize their waterfront with BIG funds, such this 2016 project that added desperately-needed temporary and overnight dockage on the Washington, DC waterfront (credit U.S. Fish & Wildlife).

First championed through Congress by Boat Owners Association of The United States (BoatUS) in 1998, the U.S. Fish & Wildlife Service manages the program that is administered through state BOATING, parks and conservation agencies. The competitive matching grant program requires a minimum of 25 percent of funds from state, local and private sources. Waterfront communities can use BIG funds to welcome passing boaters for the day, a weekend or up to 10 days in port. The key is the facilities must target transient recreational vessels 26 feet in length and larger.

The goal is to give cruising boaters safe harbor and easy access to shoreside amenities via boat slips, mooring fields and dinghy docks dedicated to transient boats. In addition to providing a place to safely "park" a visiting boat, local government, public or private marinas and boat clubs, ports, or other recreation or conservation agencies can use BIG dollars to install conveniences such as restrooms, bathing facilities, fuel docks, electricity, water and sewage utilities, laundries, recycling and pumpout stations as well as some limited funds for dredging.

The U.S. Fish & Wildlife Service recently announced $20.6 million in BIG funding for 56 projects in 35 states for the previous grant cycle. They included a 334-foot floating wave-attenuating dock at a private marina in Down East Maine; a protected state-operated safe harbor with 36 transient slips and community building on the Texas Gulf Coast; 10 large-capacity docks at a New Jersey port ranging in length from 66 to 85 feet, along with a two-story transient marina service building with bath, shower and laundry; a state-of-the-art, 46-slip New York State Parks docking facility in the Finger Lakes, and replacement of a 40-year old fuel float with a modern concrete float at a marina on Washington State's Strait of Juan de Fuca. 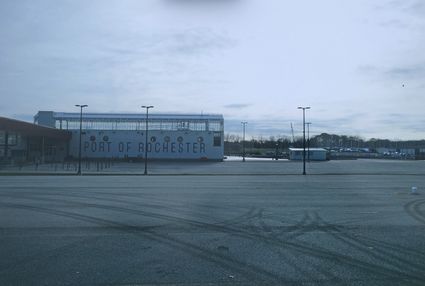 BEFORE: The Port of Rochester, New York, received a $1.5 million Boating Infrastructure Grant to help turn this parking lot into a transient marina.

Since inception, more than $215 million has been provided for BIG projects, adding more than 5,400 transient berths across the U.S. The program has a recurring annual application deadline, typically in the late summer to early fall, varying by state. BoatUS advises potential applicants to contact the agency in their state that administers BIG funds. To find out more, go to the U.S. Fish & Wildlife Service's Boating Infrastructure Grant webpage. To find your state's BIG administrator, see the States Organization for BOATING Access' BIG coordinator list.