He Says Staying Positive, Not Giving Up Are Vital To Success 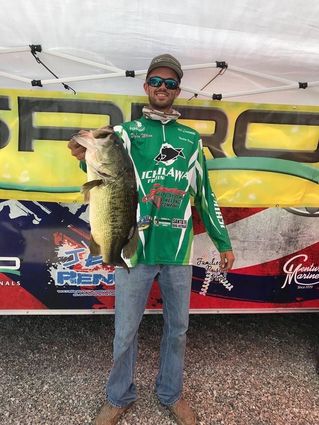 This is a huge year for Dylan with tournaments and marriage ahead. We wish him well.

February can be a tough month at Bartlett. The water isn't warm yet, but it's coming, and a degree or two a day can put the bass in pre-spawn mode. This time of year, Dylan Maxon reaches for a big spinnerbait to get a limit at Bartlett.

Dylan had a fantastic year last year, winning the Wild West Open at Havasu in March with his tournament partner Zack Holwerda, and later getting 5th place at the U.S. Open at Mead. Those two tournaments alone netted him $21K, so this year all of his entry fees are taken care of, and he's looking forward to concentrating on fishing.

At Bartlett the other day, he stayed mostly in the main lake. He did make a run to the river, but found that it was 4 degrees colder, and a bit muddy. So he concentrated on small piles of boulders in the main lake and the S-curve and fished a big spinnerbait anywhere from twenty to thirty-five feet deep.

His favorite boulder piles are the smaller ones, he says, maybe about the size of his boat. When they are surrounded by sand, the bass group up on them. "The fish are there," he says, "you just have to be patient.

Maybe two or three times a day they'll start eating and you'll catch a couple." One of the best ways to find these small boulder piles is to visit Bartlett in the summer when the water is way down. You can easily see these and mark them on your graph or GPS.

He fishes the Pro Swimbaits spinnerbait very slowly on the bottom. It's a hefty one-ounce bait, white, with two big willowleaf blades. One of the things he likes about this bait is that the second blade is on a snap clevis, so you can change it out if you want to. Both blades are silver on this bait in clear water.

One of the keys to fishing this bait, he says, is to give it a little pump now and then – maybe two or three times per cast – instead of just reeling it back steadily. That little pump gives it a flutter that often triggers a strike. He fishes the big bait on a medium-heavy Irod with 16-pound-test Sunline. On a calm day he'll often drop down to a ¾-ounce bait.

If he actually spots fish on his graph, he'll put a drop-shot down on them. He keeps one on the deck just in case, rigged up on 12-pound Sunline braid with an 8-pound Tatsu fluorocarbon leader. He keeps his leader a bit over a foot long – 14 to 16 inches -- and uses a Robo Worm in Margarita Mutilator for dirty water or Hologram Shad for clear water. The drop shot accounts for maybe two or three fish a day, he says, but you never know, so it pays to keep one tied on. 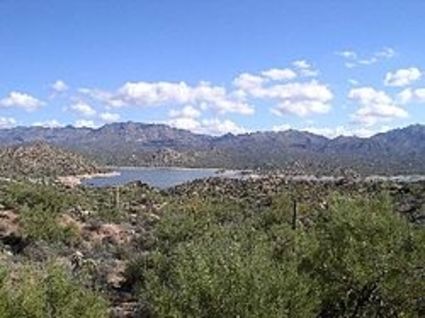 One of the biggest lessons he has learned from fishing is to never give up. The last ten minutes of the last day accounted for his big check at the U.S. Open, so he stays positive all day. This year he plans to fish all three WON Bass tournaments: Havasu in February, Clear Lake in April, and the Open at Mead in October. He will also fish the Bass Junkyz team tournaments with his partner Zack, plus he qualified for the State Team for BASS Nation.

If he does well in those, he'll get to go to the Nationals, and doing well there can win you a spot at the Bassmaster Classic. He's also getting married in early May, so this is a huge year for him. We wish him well!

Editor's Note: Dylan Maxon's Grand Parents, Sally and Lee Bauer, are friends of ours and have often expressed their pride in this nephew.