George Frasher Does It Again 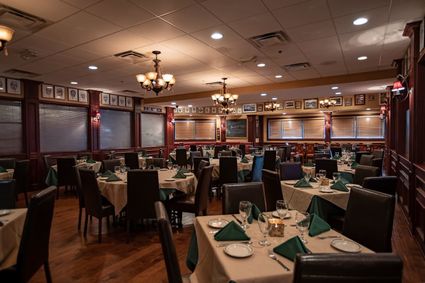 For nearly years, Frasher's customers had enjoyed George Frasher's original Scottsdale restaurant on Scottsdale Road. However, After a landlord dispute and the end of his lease at the steakhouse's original location, it closed in 2015, and Frasher moved to Phoenix to launch Frasher's Smokehouse on East Indian School Road.

Note - Since we published this Redfin has included it in a blog titled Secrets Revealed: 17 Hidden Gems in Phoenix You Need to Check Out. Check it out. There are points of interest all over the valley mentioned. Thank you Redfin.

But wait: He's back! On New Year's Eve 2019-2020, Frasher opened his new steak house at 4180 N. Drinkwater Blvd. in Scottsdale, previously the home of Ben & Jack's Steakhouse. My husband, daughter and friend were there for the opening and found the food excellent, and the location reminiscent of the original with many pieces of familiar memorabilia placed on the walls.

Present plans include opening for dinner and late-night dining until midnight throughout the week. Later, Frasher plans to add lunch options.

What About St. Louis-Style Pizza?

Although currently available at Frasher's Smokehouse, at press time it was not yet available in Scottsdale. However, it's in the works and will be added to the menu later. If you have been a fan of Frasher's in the past, you may remember that the remarkable pizza is the specialty of Frasher's mother who flies in the ingredients (Imo's pizza crust and Provel cheese) from St. Louis. 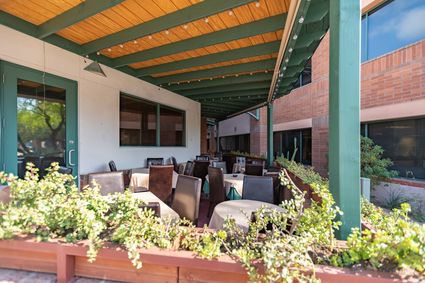 • Frasher's Mrs. Chicken, a Nashville-style hot chicken spot; the restaurant, which is located on the east side of 32nd Street just south of Indian School Road, opened April 20, 2019.