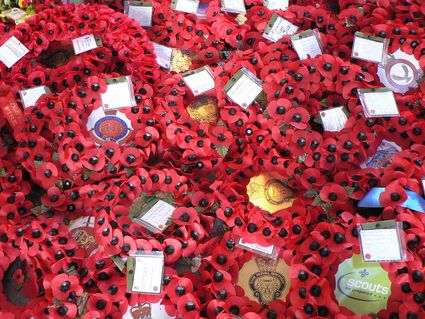 Poppy Wreaths At The Menin Gate In Ypres, Belgium

In Flanders fields the poppies blow

That mark our place; and in the sky

We are the Dead. Short days ago

Take up our quarrel with the foe:

To you from failing hands we throw

If ye break faith with us who die

We shall not sleep, though poppies grow

• What does the poem In Flanders Fields mean?

"In Flanders Fields" is a poem written by John McCrae during the first World War. The poem describes poppies blooming between gravestones. ... The poppies represent the fallen soldiers, who died in the days before. They felt the sun, but now they lie beneath the ground.

• Where are Flanders fields located?

Though the poppies still grow, even the beauty of Flanders fields may be a reminder of the losses of the brave many. Poppy seed can lie dormant in the ground for years.

• How many soldiers died at Flanders Field?

This is the only American World War I cemetery in Belgium and 411 American servicemen are buried or commemorated there. Many of them fell at Spitaals Bosschen, an action of the Ypres-Lys Campaign by the 91st Infantry Division in the closing days of World War I.

• How do poppies grow in battlefields?

Field poppies are triggered into germination when the soil is disturbed and they are exposed to light - which is why they are typically found in cornfields, especially those ploughed in spring, and why they grew with such a poignant presence in the shell-churned fields of World War I.

• Was there a battle in Flanders Field? 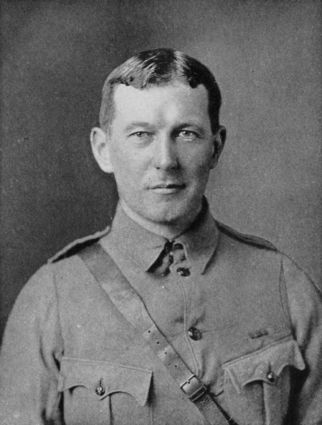 Lieutenant Colonel John McCrae was a soldier, physicians, and poet.

• When do Americans typically wear poppies?

Americans don't typically wear poppies on November 11 (Veterans Day), which honors all living veterans. Instead, they wear the symbolic red flower on Memorial Day - the last Monday in May - to commemorate the sacrifice of so many men and women who have given their lives fighting for their country.

• Are poppies also significant in Canada?

In Canada, the poppy is the official symbol of remembrance worn during the two weeks before 11 November, having been adopted in 1921. The Royal Canadian Legion, which has trademarked the image, suggests that poppies be worn on the left lapel, or as near the heart as possible.