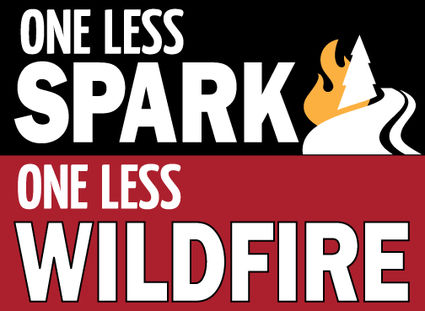 The Maricopa County Parks and Recreation Department initiated its annual fire ban at the first of May. “Given the abundance of rain we’ve received this year, we’ve had an outstanding wildflower season. Unfortunately, as the blooms and brush die off and dry out, the parks are left with dangerous levels of fuel loads on the ground that can ignite a wildfire with just a small spark. As a land manager, we believe the decision to implement sooner rather than later is the responsible thing to do to ensure park visitor and park resource safety,” said R.J. Cardin, Maricopa County Parks and Recreation director.

A fire ban is initiated to limit the possibility of starting a brush fire, which could cause serious damage to the parks. The fire ban includes the use of campfires, fire pits and charcoal grills; however, it is still acceptable to use gas/propane grills in designated areas such as the ramada areas, semi-developed and developed camping sites.

This season, charcoal may be used in the grills located in the turf picnic ramada area at Estrella Mountain Regional Park. However, campfires along the shoreline at Lake Pleasant Regional Park are included in the fire ban due to higher-than-usual water levels and dried brush along the shoreline. Violation of this park rule, Rule 113, may result in a citation.

It is also important to note that during this time of year, the National Weather Service often issues red flag warnings across central Arizona to alert land management agencies that conditions are ideal for wildfire ignition. Should this occur before the fire ban goes into effect, park supervisors have been authorized to issue temporary fire bans to ensure public safety and protect the parks resources.

When temporary fire bans are issued, information will be posted on the website, and park visitors will be notified as they enter the park. The parks will also stop selling firewood during this time.

While smoking in the parks is still permissible, it is discouraged due to the extremely dry conditions. If you must smoke, please be responsible and ensure that all cigarettes are properly extinguished and placed in trash receptacles. A date to lift the fire ban has not been identified and will be determined by the amount of rain Maricopa County receives during the monsoon season.

If you have any questions regarding the fire ban, call the Maricopa County Parks and Recreation Department at (602) 506-2930.