The return of the 28th Annual Lake Havasu Boat Show to the Colorado River is scheduled from April 5-7, 2019. 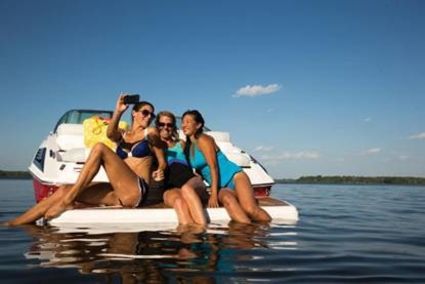 New powerboats will be unveiled, plus expanded in-water demos and a cool corn-hole competition.

The largest boat show in the Southwest is gearing up to kick off the summer BOATING season in the middle of the desert by featuring a floating tiki bar that is expected to make a huge splash this summer in Lake Havasu.

"We have nearly doubled our in-water demonstrations this year from high-performance sport boats to flashy wake boats," said Bob Brown, president of Media Direction and co-organizer of the boat show. "This is definitely the best event to start shopping for a boat in the Southwest. With temperatures already settling into the 80s and 90s in early April in Lake Havasu City, it's basically a kick-off summer party."

New this year is a floating tiki bar you can rent for 90-minute periods - the first in the state. They come with a licensed captain, ice chests, and padded bamboo chairs. Local owner Greg Licht will be offering inaugural demo rides right from the boat show dock.

Eliminator Boats, of Mira Loma, Calif., will be introducing a new 30-foot Speedster which is more than a foot wider than the previous 30 Daytona model. The 30 Speedster is also destined to see lots of outboard power options with a fresh new interior design. Although still a few weeks away from water testing, the 30 Speedster is anticipated to reach top speeds of around 120 mph with twin Mercury Racing 400R outboards.

A new name in the performance boat market on display at the Lake Havasu Boat Show is Barron Boats from Azusa, Calif. Jerry Barron, son of Nick Barron, who owned Hallett Boats for 50 years, has embarked on his own venture, developing a new model line of distinctive boats.

Barron's first offering is the 290 Sport, a sporty and roomy performance deck boat powered by a Mercury Racing 540 stern drive package that is sure to appeal to boaters looking for comfort and functionality, as well performance and quality.

In addition to all of the speed on display, the Lake Havasu Cornhole Championships will be held cash prizes in excess of $2,500. Sponsored by the Havasu Community Credit Union, the competitions will be held on Saturday and Sunday for professional novice and social players, both in singles and double tournaments.

Pre-registration is suggested at: https://www.kbkornhole.com/lakehavasuspring.html.

Another new addition to the 2019 Havasu Boat Show is an on-land poker run offering free entry to all admission ticket purchasers presented by Adspay. Attendees to the show only need to sign-up when they enter the boat show and begin collecting cards at various designated exhibitor booths located throughout the state park venue. Winning poker hands will be rewarded with a boat-load of great prizes.

Gates open at noon on Friday, April 5, and at 9 a.m. on Saturday and Sunday, April 6-7. Admission is $8 for adults; children who are at least 6 years old and younger are free. There is no charge for parking. The Lake Havasu State Park, Windsor 4 special event area is located at 171 London Bridge Road, next to the Hampton Inn.

Exhibitors interested in participating can call 951.501.0210 or email info@lakehavasuboatshow.com. 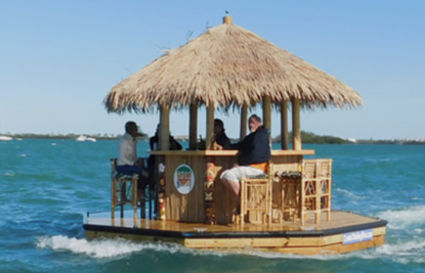