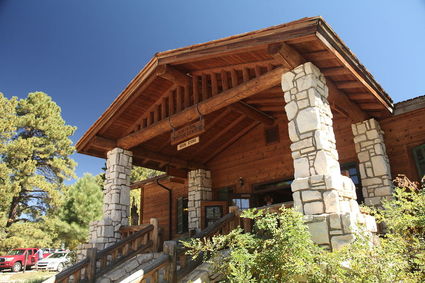 As part of its ongoing economic development strategy, Coconino County released a Northern Arizona University (NAU) Alliance Bank Economic Policy Institute economic study stating that if Grand Canyon National Park North Rim were open an additional four weeks a year, it would result in an additional $14.3 million in economic growth and support an additional 183 jobs in the region.

The purpose of the study, funded and requested by the County, was to examine the economic impact of keeping the North Rim open to visitors from May 1 – Oct. 30, which would add two weeks on each end of the season. The report found that extending the season by one month would increase visitation by over 37,000 visitors and an additional $10 million in direct expenditures.

"Coconino County has been an advocate for an extended season at the North Rim because of the positive effect it would have on our economy," said Chairman of the Board of Supervisors Art Babbott. "This study confirms, with empirical evidence, what the County has perceived. On behalf of the Board, I want to thank Supervisor Lena Fowler for her tireless efforts in pushing for this study and keeping this issue alive."

The County commissioned the study to determine the economic vitality of an extended season at the North Rim. Adding more time for concessionaires to be open is a federal priority for the County and will be a topic of advocacy that the County carries forward to lawmakers and officials in the federal government.

"The businesses and communities in my district suffer from such a shortened season at the North Rim," said Vice-Chair of the Board of Supervisors Lena Fowler. "I appreciate the detailed and measured study our partners at the NAU Alliance Bank Economic Policy Institute took to complete this report at the request of the County. My colleagues and I will use this study to collaborate with all of the stakeholders in northern Arizona and southern Utah to work with the National Park Service and extend the season at the North Rim."

The Alliance Bank Economic Policy Institute (which is located within The W. A. Franke College of Business) encourages Arizona tourism and economic development for tribal and rural communities by collecting primary data and performing quantitative research.