Arizona Lakes Are Well Worth The Drive 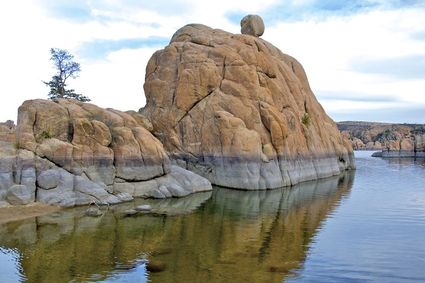 Prescott Soon To Have Four

The city of prescott currently has three recreational reservoirs, Upper Goldwater, Watson, and Willow Lakes. The City is planning on opening Lower Goldwater Lake for recreational activities in either 2019 or 2020.

Upper Goldwater Lake was created when the dam was built in 1932 by the city of prescott. The lakes maximum storage capacity is 700 acre feet. In the 1970s, with State Lake Improvement Funds, initial improvements were made and the lake was opened. In 2014, the facilities were expanded and a new well for potable water was drilled. Prior to the new well, potable water needed to be transported to the park.

Both Watson and Willow Lakes were acquired via a voter-approved referendum for $15 million by the City in 1998 through the purchase of assets and water rights of Chino Valley Irrigation District. Following the successful purchase of the lakes, and a comprehensive master plan process, the City secured $1 million in Federal and State grants for improvements to both lakes. These upgrades were dedicated in 2005.

Facilities at watson lake Park were initially provided by the City in the 1970s. Since the 2005 dedication, more enhancements have been made through partnerships with various groups. Watson's storage capacity is 4,900 acre feet of water. Originally a part of Heritage Park, facilities at Willow Lake Park were built in the 1970s and included a rodeo arena. Renovations in the early 2000s uncovered the Prescott Culture archeological site. Maximum storage capacity is 7,800 acre feet of water. 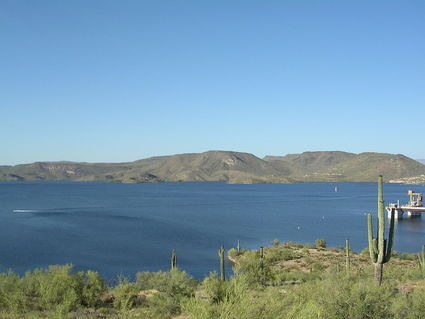 Lake Pleasant Paddlefest is a fun event for the whole family with opportunities to try out all types of paddlecrafts including sit-in and sit-on-top kayaks, canoes, rafts, Hobie pedal kayaks, inflatable kayaks and stand up paddleboards. There will be live music, games, and vendors for everyone to enjoy. Dress to get wet, and bring a life vest if you have one. Life vests will also be provided. The event is held in Fireman's Cove at Lake Pleasant Regional Park. See you there!

Take A Road Trip To The Water