'Treasures Of The Sea Of Cortez' Launches

Each voyage will be 11 days and take passengers to eight ports (Topolobampo and Mazatlan in Sinaloa; Cabo San Lucas, La Paz, Loreto and Santa Rosalia in Baja California Sur, and Guaymas in Sonora along the Gulf of California (the Sea of Cortez) with starts and ends of each trip in Rocky Point).

According to John Dennis, CMV vice president of sales and marketing, says he expects many of the passengers will come from Arizona. He added that the cruise ship Astoria has a capacity for about 550 people. Dennis said CMV is optimistic about the launch. And depending on its success and reception, Dennis added, the company envisions making it a yearly offering. With time, the company envisions possibly having year-round service with shorter cruises, he added.

The governor of Sonora, Claudia Pavlovich, has said the she hopes CMV will be a catalyst for other companies to consider Rocky Point a home base for future cruises and thus give a boost to the area's economy.

Hector Platt Maxon, sub-director of the Sonora Tourism Commission, has cautiously estimated that the economic impact per port (for these six voyages) will be somewhere between 100,000 and 200,000 dollars. 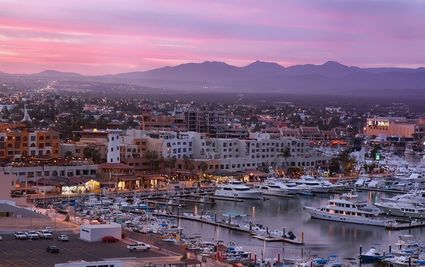 Sonora's plans have, however, encountered serious roadblocks. It's been years of delay to the construction of a home-port dock for cruise ships in the city, and at press time, there was still no definite timeline for its completion because of lack of funding.

Aided by Arizona's governor Doug Ducey, Pavlovich did secure 13 million dollars in the Mexican federal budget to renew construction of the home port. This funding is predicted to cover the completion of the project's first-of-three phases by 2020. However, 80.5 million is needed to cover the last two phases, according to the state.