Each year Congress authorizes the budget and overall spending level for the U.S. Coast Guard, which can have a direct effect on recreational boaters. Boat Owners Association of The United States (BoatUS) applauds today's passage of The Frank Lobiondo Coast Guard Authorization of Act of 2018, which offers new safety and consumer-friendly benefits for boaters, anglers and sailors. 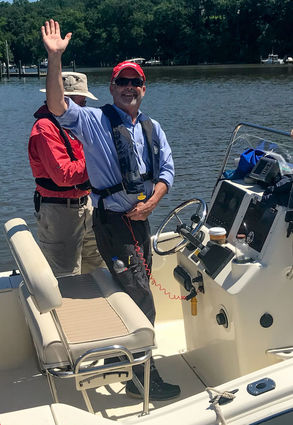 CUT OFF -- Cutoff switches for boats under 26 feet were included in the U.S. Coast Guard's Authorization.

Included in the re-authorization is a provision requiring "manufacturers, distributors and dealers" to install engine cutoff switches on new boats "less than 26 feet overall in length and capable of developing 115 pounds or more of static thrust." The engine cutoff switch provision "includes, but is not limited to, inboard engines, outboard motors and sterndrive engines." Switches also need to meet American Boat and Yacht Council Standards.

For those who document their vessel with the U.S. Coast Guard National Vessel Documentation Center, the length of time the certificate will be valid increases from one to five years, easing a boater's paperwork burden.

"Cutoff switches save lives," said BoatUS Manager of Government Affairs David Kennedy. "And making recreational-vessel documentation renewal easier by now requiring it only once every five years is a consumer-friendly move. We thank the leadership of Sen. John Thune, Sen. Bill Nelson, Rep. Bill Shuster and Rep. Peter DeFazio for their efforts in securing this vital re-authorization."