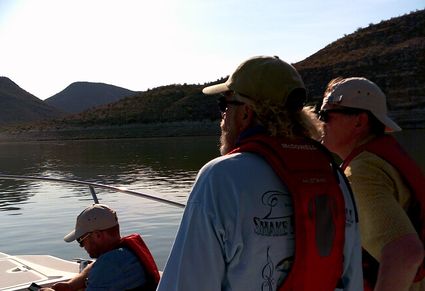 I had the privilege this past week of touring Lake Pleasant in the company of Congressman Paul Gosar.

Paul A. Gosar, D.D.S., is serving his fourth term in Congress as the Representative from Arizona's Fourth Congressional District. First elected in 2010, he came to Congress with no prior political experience. Gosar believes that the Constitution is the cornerstone of our Republic, and always pursues policies that allow for more individual liberty and less government involvement. - (https://gosar.house.gov/)

In addition to his committee assignments, Congressman Paul Gosar is a member of a variety of Congressional caucuses, which are groups of members of Congress that meet to pursue common legislative objectives.

The tour was hosted by Don McDowell of Shake Rattle And Troll Radio.

Shake, Rattle & Troll (SRT) Radio is hosted by Don McDowell, and co-hosted by John Koleszar (JK), has been broadcasting in the Phoenix, Ariz., area for over 17 years. Local popularity, focus on fishing, hunting and conservation issues are now being offered nationally through SB Nation. SRT Radio is a program that offers facts and information for the outdoorsman.

Since 2001, Tournament Angler and Saltwater fisherman Don McDowell, "The Bass Daddy", has hosted Shake, Rattle & Troll Radio. Joining the Bass Daddy in 2012 his sidekick John Koleszar, "The Man Who Speaks to Elk" has been informing and entertaining listeners from the studios of KQFN 1580 The Fanatic broadcasting from Scottsdale, Ariz. Each week McDowell's guests include experts from the fishing and hunting arena with regular call-ins on Bass, salt-water fishing, conservation, archery, guns and species. "I've been an avid listener and been a friend of SRT Radio for years and can't wait to hear what will come out of Don and John's mouths. It's always entertaining and informative", says James Goughnour of Payson, Ariz.

A fifth-generation Arizonan with a ranching/farming background, Pew lived in Gilbert until 1998 before moving to Apache County. She worked as Apache County Elections director for nearly five years, establishing a voter-outreach education program for the large Native American population. In 2006, Pew was honored to present congressional testimony on the merits of this program, as well as assisting the State of Alaska Elections Department in establishing a program for their Native Alaskans. She entered federal service in 2006 as District Director for Congressman Renzi before moving to northeast Texas to work with Congressman Louie Gohmert.

In 2010 Pew returned to Arizona and has been honored to serve as District Director/Intergovernmental Affairs for Congressman Gosar ever since helping constituents navigate "red tape" and government bureaucracy. Married 40 years to husband Leo, her greatest accomplishment she feels is that of being a mother to five children, "bonus" military son and 25 grandkids; she currently resides in Pinal County. https://gosar.house.gov/about/staff-directory.htm 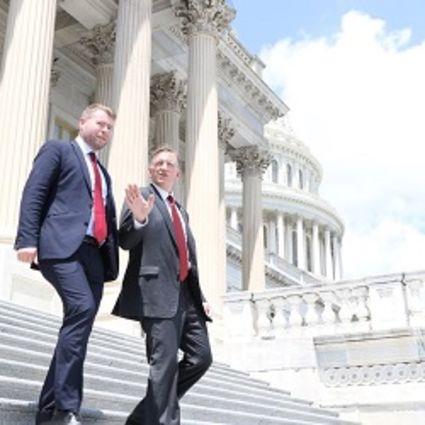 Moore is a British Conservative Party politician. He is the Member of Parliament (MP) for Southport and a former Councillor on Preston City Council. He was elected in the 2017 general election with a majority of 2,914 votes, taking a seat previously held by Liberal John Pugh until his retirement. Moore can be reached at damien.moore.mp@parliament.uk. (Wikipedia)

Our boat was provided by Captain Dave Esparza and his wife June. The Esparzas are members of the United States Coast Guard Auxiliary, Flotilla 10-11. - http://wow.uscgaux.info/staff.php?unit=114-10-11. The radio operator was Lyle Lamb.

More boating safety articles by Captain Dave can be found at http://www.westernoutdoortimes.com/search/captain_dave .