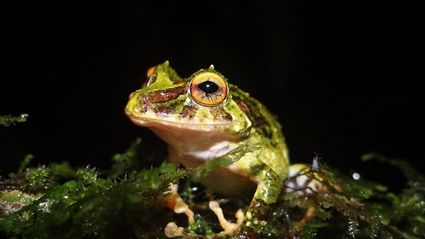 AZGFD biologist is part of study that shows some amphibian species recover from infectious disease despite a persistently pathogenic fungus.

The search for answers to protect Central American frogs from extinction is also giving scientists clues on how to predict and respond to emerging diseases and epidemics in humans, plants and other Wildlife.

In their paper published in the magazine Science, March 30, University of Nevada, Reno's Jamie Voyles and her colleagues, including Arizona Game and Fish Department biologist Mason Ryan, document the recovery of some tropical amphibians following continued exposure to a lethal pathogen.

"Diseases often shift to be less deadly over time," Voyles, assistant professor in the Department of Biology and lead author on the study, said. "But we don't fully understand why. In our study, we found that the pathogen, in this case a lethal fungus, remains just as deadly to hosts a decade after it first appeared."

For amphibians, scientists have known about a highly lethal disease called "chytridiomycosis" since the 1990s. This disease was especially devastating to frogs in Central America, where it may have wiped out entire species.

The study shows that nine species that reached critically low numbers are showing evidence of recovery. In addition, some species have defenses against infection that are more effective now than they were prior to the epidemic.

Was It A Change In The Pathogen?

"In this study, we made the exciting discovery that a handful of amphibian species – some of which were thought to have been completely wiped out – are persisting, and may even be recovering, after lethal disease outbreaks," Voyles said. "We wanted to understand how it was happening. Was it a change in the pathogen, the frogs, or both?"

The fungal pathogen that causes chytridiomycosis, Batrachochytrium dendrobatidis, has been linked to population declines in amphibian species around the world. The team investigated the chytridiomycosis outbreak and its transition away from epidemic by tracking shifts in species detection, community composition, infection patterns, as well as host resistance and pathogen virulence over time.

"Because we have pathogen and host samples from before, during and after the epidemic, we can ask whether some frogs survived because the pathogen grew weaker through time, or because the frogs' immune systems or resistance increased through time," Voyles said.

Panama Frogs May Be Fighting Back

"The evidence suggests that the pathogen has not changed. It's possible that the hosts have evolved better defenses over a relatively short period of time," she said. "We found that nearly a decade after the outbreak, the fungal pathogen is still equally deadly, but the frogs in Panama are surviving and may have better defenses against it. This suggests that some of Panama's frogs may be fighting back."

"This pathogen infects many different amphibian species - sometimes without causing disease - and can survive in the environment outside of its host, so it's not going away anytime soon," said study co-author Allison Byrne, a doctoral student at the University of California, Berkeley. "This study provides hope that some species can recover despite being constantly exposed to a deadly pathogen."

Understanding how amphibian communities are recovering after this disease outbreak is important for multiple reasons. This work suggests that recovery after the epidemics is possible, but likely a slow and gradual process, which underscores the importance of continuing to monitor amphibian populations.

"The study sounds a hopeful note," said Louise A. Rollins-Smith, a co-author of the study from Vanderbilt University School of Medicine, said. "Initially it looked bleak for many frog species, but some of them are certainly recovering." 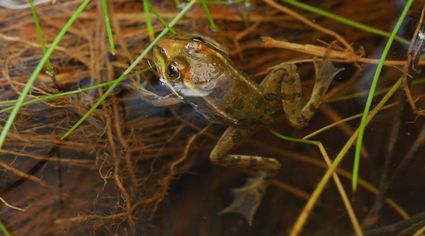 "Clarifying how disease outbreaks subside will help us predict, and respond to, other emerging pathogens in plants, Wildlife – and in humans," Voyles said. "These are increasingly important goals in a time when rapid globalization has increased the rate of introduction of pathogens to new host populations."