Standing at less than 11 inches tall, the American kestrel is a mighty bird of prey, yet the future of this fierce little falcon is uncertain, as populations are on the decline nationally.

Locally, the Arizona Game and Fish Department (AZGFD) is enlisting the help of landowners and citizen scientists to assist biologists as part of the American Kestrel Partnership, a program designed to collect data to be used to conserve this important species for future generations. AZGFD is participating in the partnership, which is coordinated nationally by The Peregrine Fund.

The Goal Of The Project

"The goal of this project is to provide nesting habitat and raise awareness for kestrels in Arizona, while contributing to national efforts to assist these falcons," said Kurt Licence, an AZGFD biologist. "This great citizen science opportunity will help us to collect data to guide management decisions that could impact the stability of kestrel populations. That data will help us to better understand why long-term studies have shown that American kestrel populations have declined 50 percent across their range in the past 40 years."

Since joining the national program this year, the department has partnered with more than 45 Arizona land managers, including private, tribal, non-profit, governmental and non-governmental entities interested in contributing to the study. Participants assist in identifying locations to install a nest box and allow access for monitoring and maintenance.

There are more than 70 kestrel nest boxes around the state and more are being added weekly. Nest boxes can be installed in open fields, deserts, grasslands, meadows, wetlands or sparse woodland.

Participants monitor the nest boxes at least twice each season: once when there are likely eggs and again within 30 days. They will also share observations about the nest with AZGFD or enter them online and are encouraged to clean the nest box every winter.

"Our goal is to provide breeding habitat for this charismatic species and rewarding wildlife conservation opportunities for the community, while collecting valuable information to aid in future management decisions that benefit kestrels," Licence said. 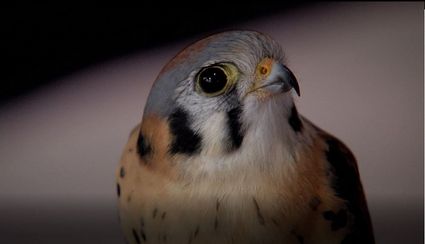 American kestrels are North America's smallest and most colorful falcon. They eat insects, small rodents, reptiles and birds. Kestrels can be found from Alaska to South America and prefer habitats with short ground vegetation and sparse obstructions.

In Arizona, this falcon typically lays four to five eggs between March and August.

The American Kestrel Partnership consists of more than 600 partners, recording data from more than 1,400 kestrel nests from Alaska to Argentina.

For more information about the program, visit http://www.azgfd.gov/kestrel or e-mail raptors@azgfd.gov.

Note: Did you know? The Arizona Game and Fish Department receives NO Arizona general fund tax dollars? We hold the state's wildlife in trust for the public without a dime from Arizona taxpayers.