We Salute Our Veterans, Past And Present

They deserve our thanks and respect, and here are just three of many ways we can honor them.. 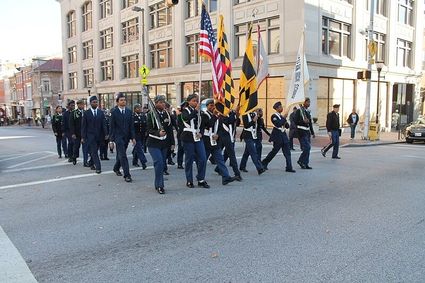 All military members (active, reserve and retired) and first responders (all law enforcement, EMTs) will receive a discounted rate when purchasing a round(s) of trap, skeet or sporting clays, or an archery day-use pass. Proof of service is required.

"National parks are known for their priceless beauty," said National Park Service Director Jonathan B. Jarvis. "They are a bargain anytime but on these [remaining] days in 2017, they really will be priceless. We want everyone to visit their national parks and the [remaining] fee free days provide extra incentive to experience these amazing places."

During the fee free days, all National Park Service sites will waive their entrance fees for all visitors. Usually, 124 of the 413 national parks charge entrance fees that range from $3 to $30. The other 289 sites do not have entrance fees. The entrance fee waiver for the fee-free days does not cover amenity or user fees for things such as camping, boat launches, transportation, or special tours.

In addition to national parks, the National Park Service works with tribes, local governments, and partners across the country to help preserve local history and create close-to-home recreational opportunities.

Programs such as the National Register of Historic Places, National Heritage Areas, National Wild and Scenic Rivers, and the Rivers, Trails, Conservation Assistance Program revitalize communities, celebrate local heritage, and provide places for people to get outside, be active, and have fun.

In Scottsdale: Celebrating WWII And All Veterans

A first-of-its-kind event in Scottsdale is being held on Friday, Nov. 10 at the Scottsdale Airport. The honored guest and keynote speaker is legendary fighter pilot Captain Jerry Yellin, subject of The Last Fighter Pilot best seller and of an upcoming documentary. Captain Yellin flew the last combat mission over Japan in World War II.

On the podium will be emcee and radio host Mike Broomhead and Scottsdale Mayor Jim Lane who will provide Veterans Day comments.

Proceeds from this event will benefit the Thunderbird Field II Veterans Memorial and DreamCatchers, a charity using volunteers from high schools and colleges all over the U.S. to fulfill the final dreams of hospice patients.

The event will have various WWII military aircrafts, vehicles and 1940s-era cars on display, a great "Chow Line," 1940s-style cocktails, delicious coffee concoctions, big band music and of course, dancing will be featured. To compliment the mood and ambiance, all attendees are encouraged to dress in 1940s attire.

This Venue Once Trained Pilots

The venue is Ross Aviation's south hangar at the Scottsdale Airport, which originally opened June 22, 1942, as Thunderbird Field II, an Army Air Corp training facility. Over 5,500 AAC pilots trained in the Stearman PT-17 aircraft. The Thunderbird Field II Veterans Memorial will commemorate this rich history of the Scottsdale Airport and honor all veterans.

A Stearman PT-17 bi-plane, the kind that flew at Thunderbird Field II in the 40s, will be the centerpiece of the Veterans Memorial.

The event will celebrate all veterans as well as the birthday of the United States Marine Corp.

After comments by Scottsdale Mayor Jim Lane, keynote speaker Capt. Yellin will dazzle you with his stories and feats of heroism. Afterwards, the event will feature a Live and Silent Auction and other opportunities for participants to support both Thunderbird Field II Veterans Memorial and DreamCatchers.

Steve Ziomek, Chairman of Thunderbird Field II Veterans Memorial board said, "The Swing Time Gala at the Scottsdale Airport will capture the mood and ambiance of an era known for Big Bands, Swing Dancing and Men and Women serving their country" and went on to say, "Scottsdale was at the very heart of training Army Air Corp pilots for war and deserves to have a true Veterans Memorial that the community as a whole can be proud of." 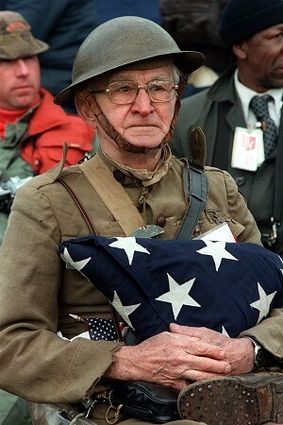 Joseph Ambrose, an 86-year-old World War I veteran, attends the dedication day parade for the Vietnam Veterans Memorial in 1982. He is holding the flag that covered the casket of his son, who was killed in the Korean war.

Veterans Day is an official United States public holiday, observed annually on November 11, that honors military veterans, that is, persons who served in the United States Armed Forces.

It coincides with other holidays, including Armistice Day and Remembrance Day, celebrated in other countries that mark the anniversary of the end of World War I; major hostilities of World War I were formally ended at the 11th hour of the 11th day of the 11th month of 1918, when the Armistice with Germany went into effect. The United States previously observed Armistice Day. The U.S. holiday was renamed Veterans Day in 1954.

Veterans Day is not to be confused with Memorial Day, a U.S. public holiday in May; Veterans Day celebrates the service of all U.S. military veterans, while Memorial Day honors those who died while in military service. It is also not to be confused with Armed Forces Day, a minor U.S. remembrance that also occurs in May, which specifically honors those currently serving in the U.S. military.