An Arizona Treasure Awaits Your Visit 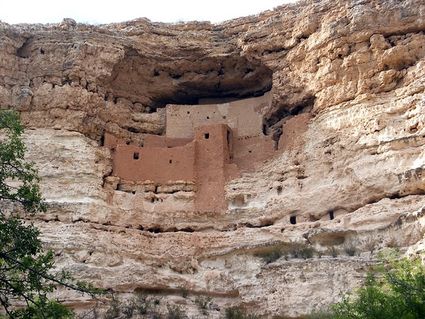 For lasting memories, visit the Verde Valley – recently named one of the Top 10 U.S. travel destinations by Lonely Planet. Located in the "heart" of Arizona, the Verde Valley is ideally situated above the heat of the desert and below the cold of Arizona's high country.

Surrounded by the red rocks of Sedona to the northeast and Mingus Mountain to the southwest, its low elevation of 3,300' and moderate climate are enjoyed year-round. Ancient civilizations, with their unique history and cultures are also here to explore. State parks, historic sites and enticing attractions offer activities for all ages.

The Verde River provides opportunities for float trips, along with wonderful habitat for one of the Southwest's largest concentrations of resident and migratory birdlife. There is an assortment of hotels, bed and breakfasts, RV parks, campgrounds and restaurants to choose from. Plan to stay a few days; you will need them to see all there is throughout the Verde Valley.

In the heat of an Arizona summer, or in the vibrant colors of its fall, or in the gentle snows of its winter, there is a valley that welcomes visitors year round: the Verde Valley. In its embrace are incredible beauty and fascinating Southwest history. Here too, recreational activities abound - from fishing to hiking to exploring to camping and more. The Verde Valley is a virtual paradise for those who love the outdoors. Following are some of the highlights that we have personally enjoyed as we immersed ourselves in the wonders of this area

Camp Verde (Yavapai: ʼMatthi:wa; Western Apache: Gambúdih) is a town in Yavapai County, Arizona, United States. According to the 2010 census, the population of the city is 10,873. The town hosts an annual corn festival in July, sponsored and organized by Hauser and Hauser Farms. Other annual festivals include Fort Verde Days (October); the Pecan, Wine and Antiques Festival (February); and the Crawdad Festival (June).

A highlight to a visit here is the Fort Verde Museum. Also a feature of the town is the largest Kokopelli ever!

Out Of Africa Wildlife Park

Located in the heart of the Verde Valley, the mission of Out of Africa Wildlife Park is to create the ultimate animal adventure for all ages, one steeped in fun, immersed in learning, and inspired by a living and colorful world of astonishing wildlife. "We strive to foster an appreciation of our planet's wild areas and wondrous inhabitants by supporting and promoting conservation awareness and action, practicing exemplary animal care, providing education and learning experiences, and establishing broad community support, through a peaceful and interactive relationship with our animal friends, who touch our hearts."

Here there are spectacular cliff-dwelling ruins of the Sinagua perople, dating back to the 12th century and overlooking Beaver Creek. Nearby is the fascinating Montezuma's Well.

Clarkdale is a town in Yavapai County. The Verde River flows through the town as does Bitter Creek, an intermittent tributary of the river. According to the 2010 census, the population of the town was 4,097.

Clarkdale, formerly a mining town, is now largely a retirement community with an eye for the arts.

A highlight near here is Tuzigoot National Monument, an ancient hilltop pueblo with a nearby visitor center featuring artifacts of the Sinaguan Indians.

The first excursion train of the Verde Canyon Railroad rolled out of the Clarkdale depot on November 23, 1990. It carried neither freight nor ore, only people. They were not seeking a better way of life, but the beauty of a wild river-carved canyon where eagles nest among high cliffs and wind makes music in the cottonwoods.

Along the way they hoped to catch a glimmer of the ones who came before, whose perseverance, vision and hard work made it all possible. That's what a railroad is: not just lengths of iron linking one place to another, but a symbolic connection of the past to the present.

Today people travel from all over the world to ride the rails into the Verde Canyon - an average of 90,000 people per year. They come to experience the sights and to revel in the casual elegance of train travel as they discover the heritage of the landscape. It's a journey worth taking. It is the scenery that lures them but it is the Railroad that still brings them - because it's always a good day when you're on a train.

Cornville is a census-designated place (CDP) in Yavapai County, Arizona, United States. The population as of the United States 2010 Census was 3280 down from 3,335 at the 2000 census. The Cornville CDP includes the communities of Cornville and Page Springs.

Cornville and Page Springs are rapidly growing suburban areas that serve as bedroom communities for nearby Sedona and Cottonwood. Both communities are located along Oak Creek, a tributary of the Verde River. Lower Oak Creek has been designated an Important Bird Area by the National Audubon Society.

Cornville's best known resident is U.S. Senator and 2008 Republican Presidential candidate John McCain. McCain's home in the community, referred to in the media as his "Sedona Cabin," is where he and his running-mate, Alaska governor Sarah Palin, prepared for their debates.

When we take a break from "camping cuisine", we head for The Grasshopper Grill, which is nestled in the heart of Cornville right next to the historic Casey's Corner. It is only seven minutes away from all the Page Spring vineyards.

And, we concur with the owners who say, "We are passionate about quality and the happiness of our customers. We take great pride in serving our wonderful community and all its visitors."

They have an all-day menu that is fresh and varied and delicious!

Right at the center of things, this vibrant and rapidly growing town is a favorite of all those who visit or reside in the Verde Valley. Personally, we find that all the facilities, outlets, services, restaurants, hotels, etc., provide well for the area. Without the clutter of a big city, we feel that Cottonwood has everything anyone could ever need.

Our family has also found two of the most friendly and well-run veterans' posts in Arizona: Cottonwood's Veterans of Foreign Wars (the VFW) and the American Legion.

Jerome is a town in the Black Hills of Yavapai County Founded in the late 19th century on Cleopatra Hill overlooking the Verde Valley, it is more than 5,000 feet (1,500 m) above sea level. It is about 100 miles (160 km) north of Phoenix along State Route 89A between Sedona and Prescott. Supported in its heyday by rich copper mines, it was home to more than 10,000 people in the 1920s. As of the 2010 census, its population was 444.

Today, this little berg is filled with history, tales of ghosts and hauntings, and a plethora of fascinating little shops and souvenirs plus some excellent eateries. Even if just for the incredible vistas of viewing, Jerome is a place not to pass by in your travels. It encapsulates an intriguing and fascinating piece of Arizona history.

Page Springs Fish Hatchery resides on commission-owned land and has been managed by the Arizona Game & Fish Department's Hatchery Program since 1938.Page Springs Hatchery was named after the Page family, the previous owners of the property who had been raising trout as far back as the early 1930s.

The hatchery is comprised of two separate parcels Page Springs Hatchery and Bubbling Ponds Hatchery totaling approximately 190 acres. There are two springs on the hatchery that include the "Cave Spring" (also known as the Page Spring Tunnel) and the "Pond Spring Area."

In 1990-91 the facility was renovated, making it a showcase facility with state of the art raceways and canopies, a visitor center, and a self-guided tour path. The Audubon Society identified habitat at the hatcheries and riparian area along lower Oak Creek as an Important Bird Area (IBA), and it draws thousands of wildlife watching enthusiasts.

Page Springs Hatchery is the largest state-run hatchery. It produces on average 216,000 lbs. of trout which equals approximately 57 percent of the stock trout in Arizona, and makes a $185.3 million positive impact to the overall state economy.

Every winery has its own unique personality and distinct wines for visitors to discover at each stop along the Wine Trail. Visit the great wineries and tasting rooms nestled in the red rock countryside and lush canyons surrounding Cottonwood, Jerome, Sedona, Clarkdale, and Cornville.

Lo Lo Mai Springs Resort is located on Oak Creek, just minutes from Sedona. Visitors have been staying at Lo Lo Mai Springs in RVs, tents and cabins for over 50 years. "Our gorgeous sites are surrounded by water and shaded by ancient cottonwoods and soaring sycamores. Our cabins, RV and tent sites are nestled in the middle of nature, amongst the trees, near the flowing sounds of beautiful Oak Creek.

"Lo Lo Mai is more than camping; we are an oasis escape from time and the desert. On the grounds you can find families camping, children on bicycles, dogs lying in the creek - and all just minutes from Sedona! Many of our guests never leave the park during their stay while others use Lo Lo Mai as a beautiful and relaxing base camp to explore the wonders of the surrounding area."

Sedona /sᵻˈdoʊnə/ is a city that straddles the county line between Coconino and Yavapaicounties in the northern Verde Valley region. As of the 2010 census, its population was 10,031.

Sedona's main attraction is its array of red sandstone formations. The formations appear to glow in brilliant orange and red when illuminated by the rising or setting sun. The red rocks form a popular backdrop for many activities, ranging from spiritual pursuits to the hundreds of hiking and mountain biking trails.

Sedona was named after Sedona Arabella Miller Schnebly (1877–1950), the wife of Theodore Carlton Schnebly, the city's first postmaster, who was celebrated for her hospitality and industriousness. Her mother, Amanda Miller, claimed to have made the name up because "it sounded pretty".

The first documented human presence in Sedona area dates to between 11,500 and 9000 B.C. It was not until 1995 that a Clovis projectile point discovered in Honanki revealed the presence of the Paleo-Indians, who were big-game hunters. Around 9000 B.C., the pre-historic archaic people appeared in the Verde Valley.

Editor's Note: There is so much more history of the Native American people's presence in this area. It is fascinating to research. 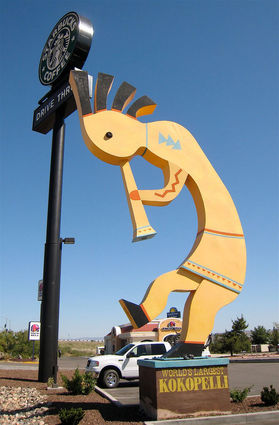 The first Anglo settler, John J. Thompson, moved to Oak Creek Canyon in 1876, an area well known for its peach and apple orchards. The early settlers were farmers and ranchers. In 1902, when the Sedona post office was established, there were 55 residents. In the mid-1950s, the first telephone directory listed 155 names. Some parts of the Sedona area were not electrified until the 1960s.

Sedona began to develop as a tourist destination, vacation-home and retirement center in the 1950s. Most of the development seen today was constructed in the 1980s and 1990s. As of 2007, there are no large tracts of undeveloped land remaining.