Gray, of Phoenix, has been with Game And Fish for 24 years and is currently the agency's deputy director. He replaces outgoing Director Larry Voyles, who announced May 12 he would be retiring after a 43-year career with Game And Fish, the past nine as director. Gray will assume the role following a transition period.

"We're thrilled to hire someone with Ty's depth of experience and accomplishments," said Commission Chairman Pat Madden. "He brings extensive experience in Wildlife management, planning, budget, and executive-level administration and leadership, as well as the respect of colleagues and the public."

Gray began his career with the department as a research biologist in 1993 and worked his way up through the ranks. He has a unique familiarity and perspective on department issues and operations, having also served as Urban Fishing Program specialist, a regional fish program specialist, human dimensions coordinator, field operations coordinator, fisheries branch chief, education branch chief, assistant director (Information/Education/Recreation Division), and deputy director, a position he has held since March 2013.

"This is truly a great honor," said Gray. "The Arizona Game and Fish Department is recognized as one of the world's leading Wildlife management agencies, and I look forward to continuing our tradition of innovation and dedication to meet the conservation challenges and opportunities of the future."

Gray will lead an agency that employs more than 600 people and is funded at more than $120 million per year, primarily from the sale of hunting and fishing licenses, a federal excise tax on hunting and fishing gear, and several other sources such as the Heritage Fund (lottery proceeds), Wildlife Conservation Fund (tribal gaming revenue), watercraft licensing, OHV decals, and state Wildlife grants. The agency does not receive Arizona general fund tax dollars.

"I have the utmost confidence in Ty and his ability to lead the agency into the future," said outgoing Director Voyles. "I commend the commission for the fair and thorough process they used in interviewing, vetting, and making the challenging decision of selecting a new director from among four candidates of the highest caliber, each of whom has been a tremendous asset to this agency and to the people of Arizona."

"I congratulate Ty on being selected director of the Arizona Game And Fish Department," said Governor Doug Ducey. "We look forward to working closely with Director Gray to ensure the health, abundance and variety of Arizona's wildlife." 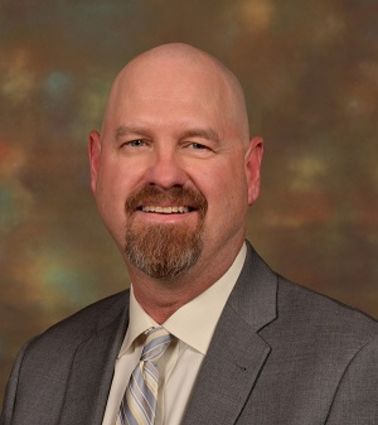 More About The Director

Gray holds a Bachelor of Science in Fisheries and Wildlife Resource Management from the University of Nebraska.