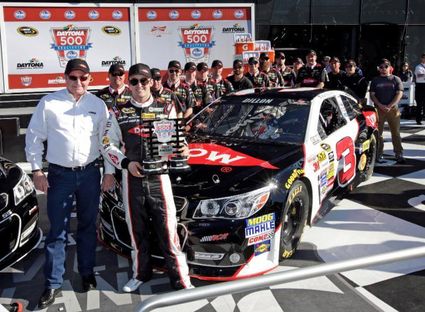 Richard Childress is best known for his success on the NASCAR circuits but has also become one of the great champions of conservation. His success on the track has enabled him to give back to the activities he enjoys most - hunting and fishing - and help conserve Wildlife and wild places for future generations. Childress is serving as Honorary Chair for the 2017 National Hunting And Fishing Day set for Sept. 23.

Childress's love for the outdoors was instilled at an early age with forays into the North Carolina woods with his stepfather and step-grandfather. His life as an outdoorsman begin with trapping and hunting small game. Other days were spent at local ponds or lakes learning the best way to trick a Bass or crappie to bite the end of his line. The tradition has continued throughout Childress' life and now he can be found hunting big game in Montana or bone fishing off the shore of Cuba.

"I was just a kid that loved the outdoors and got to spend time in the outdoors," said Childress. "There was a lake close to us that we would go catch a few bluegill. That's how I started out. I was just real fortunate to have mentors that carried me out into the great outdoors to enjoy that great experience."

Along with his love for the outdoors, Childress found his passion for racing at an early age as well. As a child, Childress earned money at Bowman Gray Stadium in Winston-Salem, N.C,, by selling peanuts and Popcorn. Childress idolized drivers such as Cale Yarborough and David Pearson and dreamed of becoming a professional stock car racer like his heroes.

The soon-to-be racer made his first bid into competition by buying a used taxicab for $20. The purchase was split between Childress and a friend. The duo flipped a coin to determine who would drive with Childress winning the honor, beginning a career in racing that has spanned decades and spawned the most successful racing team in the history of NASCAR - Richard Childress Racing (RCR).

A Bit Of Luck

In the fall of 1969, a bit of luck helped Childress compete in his first NASCAR-sanctioned event when 16 drivers boycotted a race at Talladega Superspeedway. The fresh driver made a good showing with a 23rd-place finish.

Childress continued to race as much as possible and served as the driver, mechanic and chief engine builder. Childress experienced tough times as a one-man team, often working 18 to 20 hours a day and sometimes spending the night in the back of a truck.

Throughout his driving career, Childress experienced limited success but made 285 starts in NASCAR premier series races. Childress decided to hire a full-time driver and focus on team ownership. His first hire was Ricky Rudd who drove for Childress during the 1983 season and delivered RCR its first trip to victory lane at Riverside International Speedway.

This would prove to be the first of a litany of on-the-track successes, including two Daytona 500 championships - one from Dale Earnhardt in 1998 and one via Kevin Harvick in 2007.

In NASCAR Hall Of Fame

RCR has grown into one of the most dominant racing team in NASCAR and what began as an one-man team has transformed into one of the largest organizations in NASCAR with more than 530 team members supporting multiple teams in the Cup and XFINITY Series. Childress became the first team owner to win championships in all three of NASCAR's top touring series and was inducted into the NASCAR Hall of Fame last January.

While Childress is still involved in the day-to-day operations of RCR, he does have interests away from the track. The former driver is passionately involved with conservation and youth outdoor education and is still and avid hunter and angler. Childress supports conservation not only with money but with his valuable time as well.

Childress has served two terms on the Congressional Sportsmen's Foundation, which raised over $1 million last year for conservation. Childress currently serves as the First Vice-President and as one of the Board of Directors for the National Rifle Association (NRA). He is also the Chairman of the NRA's Hunting and Wildlife Conservation Committee. The dedicated conservationist is a member of the Rocky Mountain Elk Foundation and is one of the 100 members of the very first conservation group established in the U.S. - the Boone and Crockett Club. 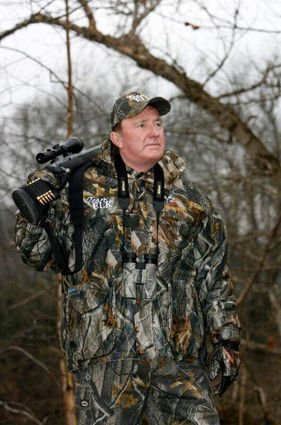 "If you are a sportsman or an angler, the number one thing we want everyone to do is be a mentor to someone on National Hunting and Fishing Day," said Childress. "Lets go out and make the commitment to take someone out on this day and be a mentor."

National Hunting and Fishing Day, celebrated the fourth Saturday of every September, remains the most effective grassroots efforts ever undertaken to promote the outdoor sports and conservation. This year, September 23 is the day where sportsmen gather to celebrate past and present conservation efforts that make a difference each day.