Campaigns For The 1100-Mile Waterway On Capitol Hill

The Atlantic Intracoastal Waterway, the famed 1100-plus mile coastal waterway stretching from Norfolk, Virginia to Miami, Florida, is getting "thin." Shoaling has created hazardous conditions in some areas with depths reported less than 5 feet – which reflects a remarkable 7 feet of water depth lost in the waterway's authorized minimum depth of 12 feet. The Atlantic Intracoastal Waterway Association (AIWA), a waterways interest group, recently gathered in Washington, DC, to ensure the Department of Transportation-designated marine highway M-95 is a top priority for Congress and the Trump Administration.

AIWA members are requesting legislators allocate $50 million for additional dredging needs to come from within the US Army Corps of Engineers operating and maintenance budget. AIWA members also pressed the case for continued allocations for operations and maintenance of navigation projects.

An estimated 13,000 recreational boaters, or "snowbirds," make the annual BOATING migration from the Northeast (and other areas) to Florida each year, averaging $300 per day in spending supporting small-business jobs along the way. Boat Owners Association of The United States (BoatUS), a charter member of the AIWA, has concerns about boaters potentially forced to take more hazardous offshore routes due to ICW shoaling. BoatUS's on-water TowBoatUS towing responders in South Carolina and Georgia report shoaling to be an on-going issue in some locations.

"The waterway is critical US infrastructure and important to recreational boaters," said David Kennedy, Manager of BoatUS Government Affairs. "We vigorously support efforts to improve navigation and waterway access."

Brad Pickel, executive director of AIWA, said, "We appreciate the high level of support by the Congressional delegation along the entire waterway. We look forward to ongoing investments in Marine Highway 95 as part of the infrastructure and jobs focus in the new administration." 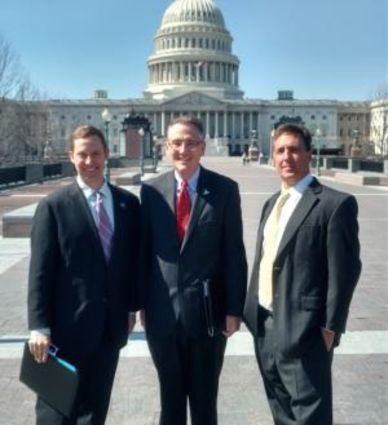