The new site features two ramadas (one at Upper Antelope Canyon and one at Lower Antelope Canyon), with picnic tables and interpretive panels at each. The interpretive panels include information on Northern Arizona and Navajo culture. The ramada is shaped like a Hogan and is oriented to the east, and the floor features a concrete stamp that includes the four sacred Navajo plants: maize, beans, tobacco and squash. 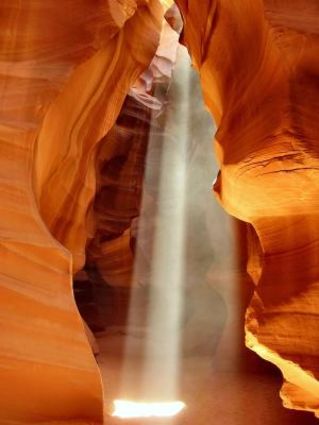 In addition to the Little Colorado Overlook, two other Navajo Nation sites, Little Colorado Overlook near Cameron and Grand Falls near Leupp, have also been upgraded with new interpretive panels and ramadas. The three sites are part of the Coconino Parks and Open Space (CPOS) initiative established in 2002. Through CPOS, voters approved a 1/8 cent sales tax for open space acquisition and park development. The tax concluded in Sept. 2014.