Mathiesen Marine (Booth #3044) will have the AXIOM on display at the International Sportsmen's Expos.

RealVision 3D™ sonar represents technology to see what is below, behind, and to the sides of the boat, all at once and in three-dimensions. With fast quad-core processor performance, RealVision 3D™ displays the entire underwater world in stunning detail, including structure, cover, fish, and forage. Additionally, Raymarine's gyro-stabilized sonar technology compensates for boat movement, delivering life-like 3D sonar imagery, up to 300 feet left, right and deep.

Raymarine's new LightHouse 3 operating system is a fast, fluid, and easy-to-use interface that puts you in complete command with just a few touches. LightHouse LiveView Menu Controls allow you to easily customize the chart and see the navigation display change in real time. The addition of Smart Context Windows and New Chart Modes provide uncluttered menus with quick access to Simple, Detailed, and Fishing chart modes. 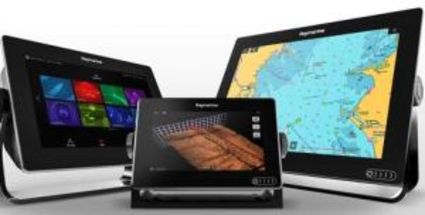 At the heart of each AXIOM unit is an integral piece of hardware: a quad-core CPU, which is a processor that dictates the speed and ease when running numerous features at once. This allows you to boot up quickly, as well run numerous screen views simultaneously with multiple windows, databoxes, and real-time adjustments, all while AXIOM is running numerous background tasks.

AXIOM is a game-changer that is expandable, so its capabilities can grow, as needed.

Mathiesen Marine will have the AXIOM on display at the International Sportsmen's Expos in Salt Lake City and Scottsdale in March. Stop by their booth or contact them at http://www.MathiesenMarine.com to learn more and pre-order yours today.