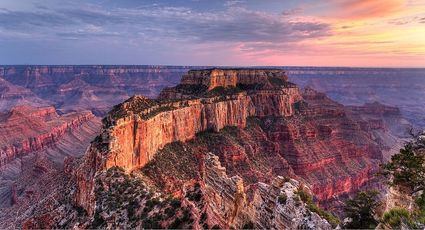 As the National Park Service (NPS) prepares for a second century of service, Grand Canyon National Park celebrates the significant accomplishments of the NPS centennial celebration and looks ahead to its own park centennial in 2019.

2016 marked the 100th anniversary of the National Park Service, offering an opportunity to celebrate accomplishments in Grand Canyon National Park and its surrounding community. Throughout 2016 Grand Canyon promoted the NPS Centennial goal, "to connect with and create the next generation of park visitors, supporters and advocates," through innovative actions, events and integration of parks and community-based programs.

The distinction went to the Johnson family from Las Vegas, Nevada. Delighted to be part of the celebration, James and Abigail Johnson and their kids Sophia and Elijah were first time visitors to Grand Canyon National Park.  "At first I didn't think it was real", exclaimed Sophia, "but I'm really happy we're the 6 millionth!"

Almost all Grand Canyon visitors are greeted by Visitor-Use-Assistant (VUA) staff at South Rim, Desert View and North Rim entrance stations, who on any given day may greet between one and two thousand visitors. Iva Torivio was the VUA that had the pleasure of greeting Grand Canyon's 6 millionth visitor.

The 6 millionth visitor signifies an exciting landmark for Grand Canyon National Park which has seen a steady increase in visitation since 2011. This year alone visitation has increased by 7.5% with help from national campaigns like 'Find Your Park', a social media public campaign to raise awareness of the NPS Centennial.  Since its establishment in 1919, Grand Canyon National Park has received more than 200 million visitors.

Celebrating the 6 millionth visitor is a significant milestone that all park staff and community are proud of.   As the NPS Centennial year comes to an end, the Grand Canyon team is looking forward to its own centennial celebration in 2019 when it will continue to inspire future generations to be stewards of public lands.

An important component of the NPS Centennial is A Call to Action, which outlines a framework for the NPS second century of service and is focused on the need to be more relevant to all Americans, expand our work and park perspectives to connect with new audiences, and build an organization that reflects the diversity of our country. Grand Canyon celebrated a number of these initiatives including #2 Step by Step, #8 Next Generation Stewards and #33 Homegrown by passing out 3,134 Every Kid in a Park passes, engaging young people from the Grand Canyon community in park service internships, and providing information about park service careers during job fairs and career day events.

Grand Canyon also participated in initiative #36 Value Diversity by leading a cultural competence workshop with Dr. Katherine Campbell of the Bureau of Indian Education, Diversifying the Outdoors with Jose Gonzales founder of Latino Outdoors, Xico in the Wilderness and visits from Tucson's Urban Fellow.

In recent years increase in visitation can be accounted to the development of national campaigns like "Find Your Park". During the year, Grand Canyon expanded public engagement by participating in Find Your Park/ Encuentra Tu Parque, a campaign to raise awareness of national parks and sites. Through more than 1,730 posts on Facebook, Twitter and Instagram with a public reach of over 190 million, Grand Canyon raised awareness of the NPS Centennial and various national campaigns including Find Your Park and Every Kid in a Park.  Additionally, Grand Canyon shared thousands of printed materials with park partners and visitors.

Grand Canyon conducted a robust year of activities, events and celebrations to commemorate the 100th anniversary of the National Park Service. Centennial events focused on celebrating Grand Canyon's diverse and unique natural, cultural and historical resources as well as the communities that have shaped the park. Grand Canyon led and participated in more than 47 events with more than 25,000 attendees over the course of 2016.

Wildland Fire Day on the North Rim emerged from a collaboration between the NPS and neighboring Forest Service to help the public learn more about wildland fires.  The Founder's Day Naturalization Ceremony welcomed 15 new US citizens from 12 different countries and introduced them to the national park system. 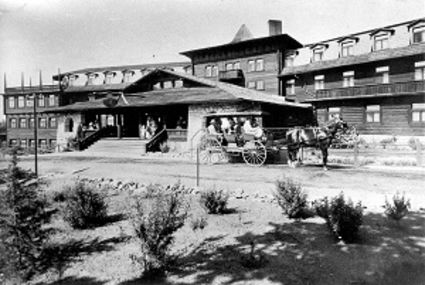 Following the momentum garnered this year from the NPS Centennial, Grand Canyon will continue to expand its reach and promote national initiatives and campaigns like Find Your Park/ Encuentra Tu Parque to reach new audiences so they may develop a deeper understanding and connection to these special places. As Grand Canyon prepares for its own centennial in 2019, it hopes to honor the past and inspire future generations to help ensure others may experience national parks and sites and promote stewardship of parks.