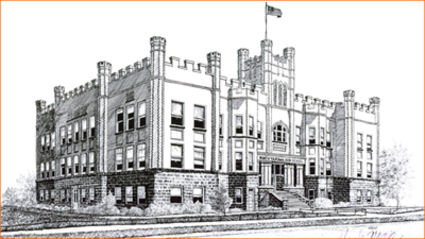 I'll keep my introduction brief this issue as I want to stress two important things for our class:

1. Our 60th (!) class reunion is set for September 2017 in the afternoon at the museum just above Franklin Park. As next year progresses, you will receive more details.

2. Although I do enjoy putting out Pirate Press from time to time (and, of course, hearing from you), I think that social-media has me beat as to timing and convenience. I hope that all of you will consider becoming Facebook "Friends" with our site: Yakima High School Class of 1957.

There are 14 of your classmates waiting for you there now: carol lemon allen, Neil Buren, Mariquita Clark, Jim Fitch, Robert Forman, Cleta Helmick, Jim Hewitt, Jerome Lounsberry, Ann Baker MacNeil, Gary McPherson ("Need to get more members added.Try going through your YHS friends list and add them.How about a short update on what everyone is doing now days?"), Ed Smithhisler, Mike Smithhisler, J. Andy Thompson ("We hope to make this a meeting place for grads and friends of Yakima Senior High School Class of 1957. Pass the word that we have this group. I would like to hear from our classmates and see photos posted."), and Sue Woodruff.

As my own personal update is a tad bit lengthy, I have included it as an addendum at the bottom of this issue.

A Couple of Class Notes:

For over 60 years I have been sitting on the outside of our class just looking. Well as our next reunion fast approaches, I had better step up and offer my assistance. I don't have Mike's email handy but I'll attempt to contact the "Pres".

Please let me know if you require a lackey as I am willing to assist.

I must have time on my hands (not) b/c I'm thinking about our reunion.

I definitely will go up.  Would probably fly to Portland, rent a car and do a circle tour

via Walla Walla, Yakima, Seattle and back to Portland, then home.  A sorority sister's husband owns Peppers Bridge Winery in WW so want to see how that area has developed. I think that we may be going to South Africa in Sept 2017, so I will lobby for it being held before or after that.  But, that's my own preference, which may or may not work for everyone else.   There are two SA tours operated by Smithsonian Journeys, one beginning mid-September and one late-September. Do you know who's going to chair?  I'd be happy to help from afar.  I'm great at stuffing envelopes   Happy to help in whatever.

Let me know if you know anything.

WE ARE THE LAST ONES --- MEMORIES

We are the "last ones."  We are the last, climbing out of the depression, who can remember the winds of war and the war itself with fathers and uncles going off.  We are the last to remember ration books for everything from sugar to shoes to stoves. We saved tin foil and poured fat into tin cans.  We saw cars up on blocks because tires weren't available.  My mother delivered milk in a horse drawn cart.

We are the last to hear Roosevelt's radio assurances and to see gold stars in the front windows of our grieving neighbors.  We can also remember the parades on August 15, 1945; VJ Day.

We saw the 'boys' home from the war build their Cape Cod style houses, pouring the cellar, tar papering it over and living there until they could afford the time and money to build it out.

We are the last who spent childhood without television; instead imagining what we heard on the radio.   As we all like to brag, with no TV, we spent our childhood "playing outside until the street lights came on."   We did play outside and we did play on our own.  There was no little league.

The lack of television in our early years meant, for most of us, that we had little real understanding of what the world was like.  Our Saturday afternoons, if at the movies, they gave us newsreels of the war and the holocaust sandwiched in between westerns and cartoons.  Newspapers and magazines were written for adults.   We are the last who had to find out for ourselves.

As we grew up, the country was exploding with growth.   The G.I. Bill gave returning veterans the means to get an education and spurred colleges to grow. VA loans fanned a housing boom.  Pent up demand coupled with new installment payment plans put factories to work. New highways would bring jobs and mobility.  The veterans joined civic clubs and became active in politics.  In the late '40s and early '50s the country seemed to lie in the embrace of brisk but quiet order as it gave birth to its new middle class.

Our parents understandably became absorbed with their own new lives.  They were free from the confines of the depression and the war.  They threw themselves into exploring opportunities they had never imagined.

We weren't neglected but we weren't today's all-consuming family focus. They were glad we played by ourselves 'until the street lights came on.'  They were busy discovering the post war world.

Most of us had no life plan, but with the unexpected virtue of ignorance and an economic rising tide we simply stepped into the world and went to find out.  We entered a world of overflowing plenty and opportunity; a world where we were welcomed.  Based on our naïve belief that there was more where this came from, we shaped life as we went.

We enjoyed a luxury; we felt secure in our future.  Of course, just as today, not all Americans shared in this experience.  Depression poverty was deep rooted.  Polio was still a crippler.  The Korean War was a dark presage in the early 1950s and by mid-decade school children were ducking under desks.  China became Red China. Eisenhower sent the first "advisors" to Vietnam.  Castro set up camp in Cuba and Khrushchev came to power.

We are the last to experience an interlude when there were no existential threats to our homeland.  We came of age in the late 1940s and early 1950s.  The war was over and the cold war, terrorism, climate change, technological upheaval and perpetual economic insecurity had yet to haunt life with insistent unease.

Only we can remember both a time of apocalyptic war and a time when our world was secure and full of bright promise and plenty.   We experienced both.

We grew up at the best possible time, a time when the world was getting better not worse . We did not have it easy.  Our wages were low, we did without, we lived within our means, we worked hard to get a job, and harder still to keep it.  Things that today are considered necessities, we considered unreachable luxuries.  We made things last.  We fixed, rather than replaced.   We cared for ourselves and we also cared for others.

This made me feel better. So I'm sharing it.

Brains of older people are slow because they know so much .  People do not decline mentally with age, it just takes them longer to recall facts because they have more information in their brains, scientists believe.  Much like a computer struggles as the hard drive gets full, so, too, do humans take longer to access information when their brains are full.

Researchers say this slowing down process is not the same as cognitive decline .  The human brain works slower in old age, said Dr.  Michael Ramscar, but only because we have stored more information over time.  The brains of older people do not get weak.  On the contrary, they simply know more.

Also, older people often go to another room to get something and when they get there, they stand there wondering what they came for.  It is NOT a memory problem, it is nature's way of making older people do more exercise. SO THERE.

I have more friends I should send this to, but right now I can't remember their names. So, please forward this to your friends; they may be my friends, too.

AS I AGE, I REALIZE THAT:

1. I talk to myself, because sometimes I need expert advice.

2. Sometimes I roll my eyes out loud.

3. I don't need anger management. I need people to stop pissing me off.

4. My people skills are just fine. It's my tolerance of idiots that needs work.

5. The biggest lie I tell myself is "I don't need to write that down, I'll remember it."

6. When I was a child I thought nap time was punishment. Now it's like a mini vacation.

7. The day the world runs out of wine is just too terrible to think about.

8. Even duct tape can't fix stupid, but it can muffle the sound!

9. Wouldn't it be great if we could put ourselves in the dryer for ten minutes; come out wrinkle-free and three sizes smaller.

10. If God wanted me to touch my toes, he would've put them on my knees.

12. At my age "Getting lucky" means walking into a room and remembering what I came in there for.

Walk With Me While I Age

I hope this poem has the same effect on you as it did on me - then my forwarding it will be worth the effort.   Walk with me by the water - worth the read.

A BEAUTIFUL POEM ABOUT GROWING OLDER

Hope you had a Happy Thanksgiving. Merry Christmas and Happy New Year!

Once again, we send heartfelt greetings to all of you, which include wishes for PEACE in our country after our divisive elections and PEACE for our world.

This Christmas our family will be missing two very special people: Lisa, who died on December 20, 2013 and Mike, who passed on July 22, 2016. We shall continue to remember them with love and celebrate the many happy memories we share of them.

Our year has been filled with the usual enjoyable activities (my college English teaching and our 11-year publication Arizona BOATING & Watersports/Western Outdoor Times, which received Arizona Game & Fish's "Outdoor Writer of the Year" award for 2016). Jim and I are also enjoying a few days each month of camping at a beautiful resort area on Oak Creek near Sedona, Arizona, or staying at Bartlett Lake in an aqua lodge.

Granddaughter Kelsee, after graduating from fire academy, has been in the Carolinas this summer for Army Basic Training and Advanced Individual Training (AIT). She is considering her options: returning to school for her Fire Science degree, seeking employment with a local fire department and/or continuing with the Army Reserves in flight school. 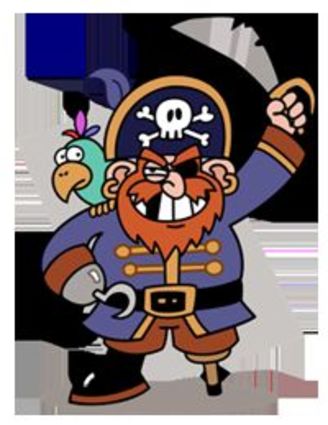 Chelle and I spent a delightful Thanksgiving 2016 with Christi, DJ, and Misha in Mt. Pleasant, Michigan. Christi is a French professor there and head of the Foreign Language Department at Central Michigan University. DJ and Christi are enjoying their very busy two-year-old son, who is now communicating in both French and English.

Coordinator of Academic Programs at ASU School of Geographical Sciences & Urban Planning (GEOPLAN) is Chelle's title at Arizona State University, a position she seems to enjoy immensely. As time allows, she is also a volunteer docent at the Phoenix Zoo.

Sending our best wishes for a wonderful holiday season,