Christmas Themes Sparkle On The Waters

Editor's Note: Some of the most beautiful of holiday events are the Christmas lighted-boat parades. Although there are more in the Southwest, the ones we mention here are among the favorites. (If you know of others you would like included in our December issue, please email their information to editor@azbw.com.)

Up to 50 boats brightly decorated in their holiday best will delight children and adults alike. Watch the boats cruise through the Bridgewater Channel beginning in Thompson Bay and continuing under the London Bridge to the north end of the Channel, with a turnaround at Windsor Beach and back.

Bundle up and take a stroll through the Channel – the only time you'll see the Channel packed full of boats and boaters in winter gear at night. Come cozy up with family and friends and create treasured memories of a favorite holiday tradition!

Visit Docks; Have A Bonfire

There will be great viewing at the Nautical Beachfront Resort (the starting point of the Parade of Lights), Rotary Beach, throughout the Channel on both sides between Rotary Beach and Windsor Beach, the English Village, across the London Bridge, and at any of the restaurants along the Channel. (If you plan on watching from the Channel restaurants, early reservations are recommended.)

There is no charge to view The 34th Annual Boat Parade. Plenty of free parking is available at the English Village and in the parking areas on the island near the Channel. Plan to get there early as traffic around the London Bridge can become congested.

In conjunction with the Annual Tempe Festival of Lights during the holiday season, a Fantasy of Lights Boat Parade is held on Tempe Town Lake in early December each year. This is a spectacular event for the entire family.

The festivities begin late afternoon with activities, exhibits and entertainment at Tempe Beach where over 50 tons of man-made snow gets the crowd in the holiday and Christmas spirit. The boat parade with lighted decorations begins at approximately 6-7 p.m. with boats parading the shores of Tempe Town Lake followed by a brilliant display of fireworks as a grand finale.

Nearly 30,000 residents, visitors and vacationers attend this unique, spectacular annual event produced by the Downtown Tempe Community, which manages the mill avenue District. The boat parade is free to the public.

Editor's Note: There are other smaller parades on some residential lakes. For example, one favorite is on The Lakes in Tempe (south of Baseline, between McClintock and Rural on Lakeshore Drive). For information on each, contact the neighborhood associations.

Join over a million viewers as you watch beautifully decorated yachts, boats, kayaks and canoes sail along the harbor in the 108th Annual Newport Beach Christmas Boat Parade, hosted by the Commodores Club of the Newport Beach Chamber of Commerce.

Beginning At 6:30 PM Each Evening

San Diego: "It Began with a Roar"

The San Diego Bay Parade of Lights is a time-honored holiday tradition brought to San Diego by the BOATING community. Join us this December for our 45th annual Parade on San Diego Bay, with more than 80 boats lavishly decorated according to a new theme each year.

The San Diego Bay Parade of Lights is held two consecutive Sundays each year in December. The parade proceeds from Shelter Island past Harbor Island, the Embarcadero, Seaport Village, the new pier and then across the bay to Coronado and Ferry Landing in Coronado.

The procession will start at 5 p.m. and will follow a predetermined parade route. The 2016 theme - "It Began with a Roar" – honors that the San Diego Zoo is celebrating its 100-year anniversary.

Whether a participant or spectator, the Parade of Lights is a festive and delightful experience for all.

This year's grand prize is a luxury cruise package for two with Star Clippers, whose fleet includes three of the largest full-rigged sailing ships in the world – each with all of the amenities of a private mega-yacht.

The "Best in Theme" award is from Uncruise Adventures and will be announced closer to the parade dates. Everyone who participates in both nights of the parade and passes both sets of judges will be eligible to win the above prizes.

There are dozens of other prizes donated from our sponsors that participants can win. Don't miss the parade fun and a chance to win a great prize! 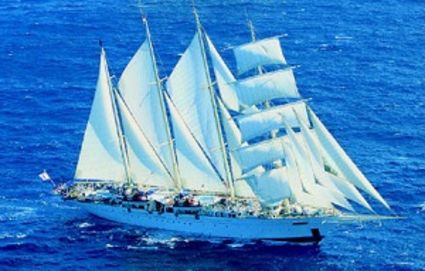 The Awards Presentation dinner will be at Tom Ham's Lighthouse on Harbor Island. One's parade registration includes two complimentary tickets that will be held at the door. Additional Awards Banquet admission tickets can be purchased online. These tickets will also be held at the door in your boat name / name.

(More 2012 boat photos are available from Marv Sloben, the official photographer, who can be contacted via email at Marv Sloben msloben@san.rr.com

There are other lighted-boat parades throughout California. A listing of these can be found at the following URL: