On August 25, 1916, President Woodrow Wilson signed legislation creating the National Park Service, a new federal bureau in the Department of the Interior responsible for protecting existing national parks and monuments and those yet to be established. By doing so, he not only preserved America's most remarkable natural wonders, but he also created protections for some of the most idyllic fly-fishing locations in North America.

25 Best National Parks to Fly Fish celebrates the phenomenal fly-fishing opportunities in the National Park System, and the centennial of the National Park Service stewardship. Authors Terry and Wendy Gunn tap into the collective knowledge of some of the most accomplished guides and anglers working the waters both inside and adjoining the nation's most accessible national parks.

From jumping tarpon in the Everglades, high-sticking for brook trout in the small creeks of the Great Smoky Mountains, and throwing line in the high-alpine lakes of the Rocky Mountains, these authors and contributors share their deep knowledge of each park and the many species that inhabit their waters.

In addition to the detailed GIS maps, recommended flies, hatches, hot spots, and suggestions for gear, lodging, and dining for each location, this book contains more than 150 stunning, 4-color location photos that will make you want to pack up your gear and hit the road for a world-class experience in America's national parks! 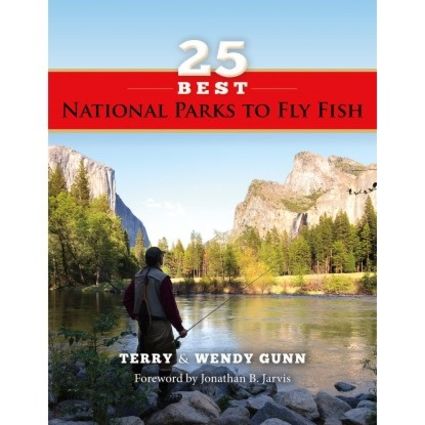