Edward "Pat" Madden of Flagstaff has become the Arizona Game and Fish Commission's newest chair.. He will lead the five-member commission for the 2016-17 fiscal year.

Madden replaces Kurt R. Davis, who will continue to serve on the commission until his successor is appointed by the governor and confirmed by the state Senate. Each commissioner serves a five-year term that is staggered and customarily serves as chairman during their final year.

Madden, who joined the commission in 2013, has an extensive law enforcement background. He spent more than three decades working for the Flagstaff Police Department - beginning his career in 1966 as a patrolman and retiring as chief of police in 1999 - and also worked for the Arizona Department of Gaming before fully retiring in 2015.

Chairman Madden has been an active member of the Flagstaff community and has served on multiple boards and committees, including Flagstaff Big Brothers; Flagstaff Route 66 Rotary Club; Northern Arizona Fallen Officers Memorial Committee; Flagstaff Leadership; and Citizens Against Substance Abuse.

He has received numerous awards and commendations for his work and community service, including the Officer of the Year award from the Flagstaff Police Department, Outstanding Service Award from Big Brothers Flagstaff, and the Paul Harris Foundation Award from Rotary International.

"I look forward to my chairmanship and a continued productive working relationship between the commission, department and public to ensure that Arizona's Wildlife is protected, preserved, enhanced and managed," said Madden. 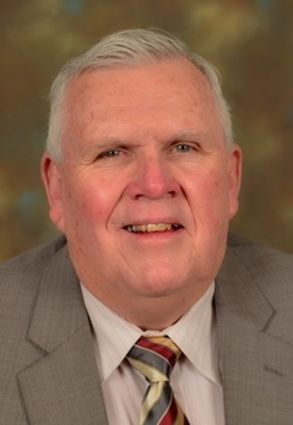 He received his Master of Science degree in criminal justice and his Bachelor of Science degree from Northern Arizona University. He is also a graduate of the Northwestern Traffic Institute in Evanston, Ill., and the FBI National Academy in Quantico, Va.