Troop 154, Miramar Ward, Citrus Heights Stake, based in Mesa, Ariz., volunteered to remove graffiti carved into the red rocks of Glen Canyon as part of a week-long scouting adventure. Scouts were able to explore some of the most scenic country in Northern Arizona, while learning about the natural history of the area, and making a difference through service.

Based On Outdoor Adventure

"Scouting is so based on adventure in the outdoors," Graham Johnson, Scout Leader, and father of two of Troop 154s scouts, said, "it marries perfectly with getting to work outdoors in the national park and get to serve others. That's what we really want these boys to learn, the value of serving."

Cooper Brown, who is working on becoming an Eagle Scout and will be a senior this year at Mountain View High School, said he thinks a lot of people don't know that carving on the rocks in a national park is wrong.

"I don't think people do this because they're bad you know," Cooper said, "I think they think it's not a big deal, but they don't realize carving their name on a rock that's 190 million years old, and it's permanent. It ruins what nature gave us."

Troop 154 removed graffiti from a popular scenic overlook where visitors can see Glen Canyon Dam and the Colorado River below.

"It was really fun being able to work with my friends in such a cool [place]," Mason Adams, 16-year-old Eagle Scout, and junior at Mountain View High School, said. "It's a really cool spot where you can see the dam and everything. Why would you want to ruin this? If you want to paint something, get a canvas."

"The interesting thing is that young males are typically the ones carving the most graffiti in Glen Canyon, but here you have a nice group of energetic, hardworking boys really glad to help out even though it's a hot day," Stafford said. "I think they understand now how hard it is, how much work it takes, and how many people it takes, to remove deeply entrenched graffiti."

Graffiti in national parks is any carving or painting on a surface in the park, whether it is man-made or natural, and it is illegal. In Glen Canyon graffiti tends to be carvings on the rocks. The problem is so bad, in some areas whole canyons are covered in graffiti. Park officials are currently surveying Glen Canyon National Recreation Area for graffiti and estimate there are tens of thousands of square feet in the park that have been vandalized by graffiti.

"We appreciate the educational nature of this project and the things we learned about the park," Tom Tipton, troop leader said. "It was wonderful to work with Park Service to help preserve the natural resources that belong to all of us." 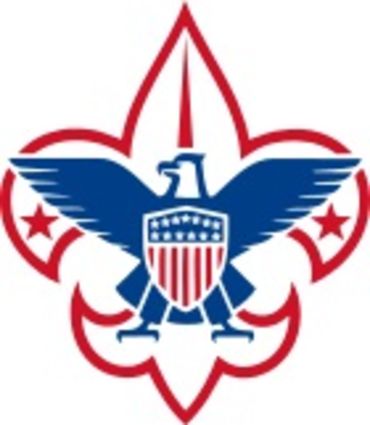 Glen Canyon National Recreation Area recently received a grant to bolster its Graffiti Removal Intervention Team, or G.R.I.T., which will seek to remove more than 16,000 square feet of graffiti in the next three years. The GRIT program is part of a community and partner collaboration to beautify and protect resources at Glen Canyon National Recreation Area during the National Park Service Centennial. For more information about Centennial preparations and events, please visit http://www.nps.gov/GLCACentennial. http://www.nps.gov/glca