He Will Be Missed

The Life and Influence of My Brother Bud

His full name is Orlan Ross Ginter; his nickname his entire life has been "Bud".

Bud was born May 1, 1939 in Appleton City, Missouri. (That is the same general area that, back in the day, Frank and Jessie James started their career.) He passed over the bar on June 5, 2016 of unknown natural causes; he was 77 years young.

Bud was an avid hunter; he hunted Rooselvelt elk in the valleys of Mount Saint Helens here in Washington for many years, as well as white tail and black tail deer, Rocky Mountain goat in the high Cascades. He bagged a moose in Alaska, antelope in Wyoming, and was also a master taxidermist (so you can image what his living room looks like).

My brother was also an avid sports fisherman and commercial salmon/halibut fisherman - and I must not leave out a very successful bow hunter.

Later on, Bud moved into helping the crab fishermen in Alaska move their boats down to Seattle for repair and back again for their next season. After awhile, he became shore based and went on to becoming a custom yacht builder, building yachts from 80 to 100 feet. Not only did he build the yachts, but also he made the molds from which they were built.

My brother Bud was my mentor: He taught me how to camp, shoot, hike, fish, and under his 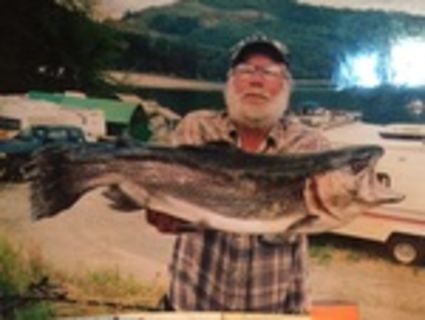 guidance, I downed my first elk at nine years old.

My BOATING experiences with my brother when I was very young. I guess that is why nothing on the water phases me. I junior high school, I started working with Bud on his commercial fishing boat Nomad out of Neah Bay. I have fished the waters of inland Puget Sound through the Straits of Juan de Fuca all the way down the coast to Northern Oregon.

I owe all of these experiences to my brother, and he is why I am the boater that I am today.

He will be missed.